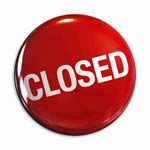 NavMonster, a popular free online GA flight planning and information site, is the latest to announce that uncertainty about future costs and potential lawsuits have forced its closure. The site went offline in April over a dispute with its server host but said it would be back after it found a new internet service provider. On May 22, the site announced that past issues with FlightPrep and future costs from the FAA combined to seal its fate.

“Faced with the upcoming AeroNav fees, and the uncertainty from last year’s lawsuit shenanigans (that issue was never resolved and is still looming over our heads), it’s just not feasible to continue,” said a statement on its site. AeroNav, the FAA’s electronic chart and aeronautical information arm, is going through the process of trying to charge for downloads of charts and plates, but it’s not clear how all that is going to turn out because of political intervention. NavMonster was also among those targeted by potential legal action when FlightPrep began enforcing its patent on certain functions that make online flight planning work. NavMonster initially made a deal with FlightPrep to continue and did so for more than a year. Earlier this year, RunwayFinder, another free service that also had a deal with FlightPrep, shut down, citing future AeroNav costs as its main reason.