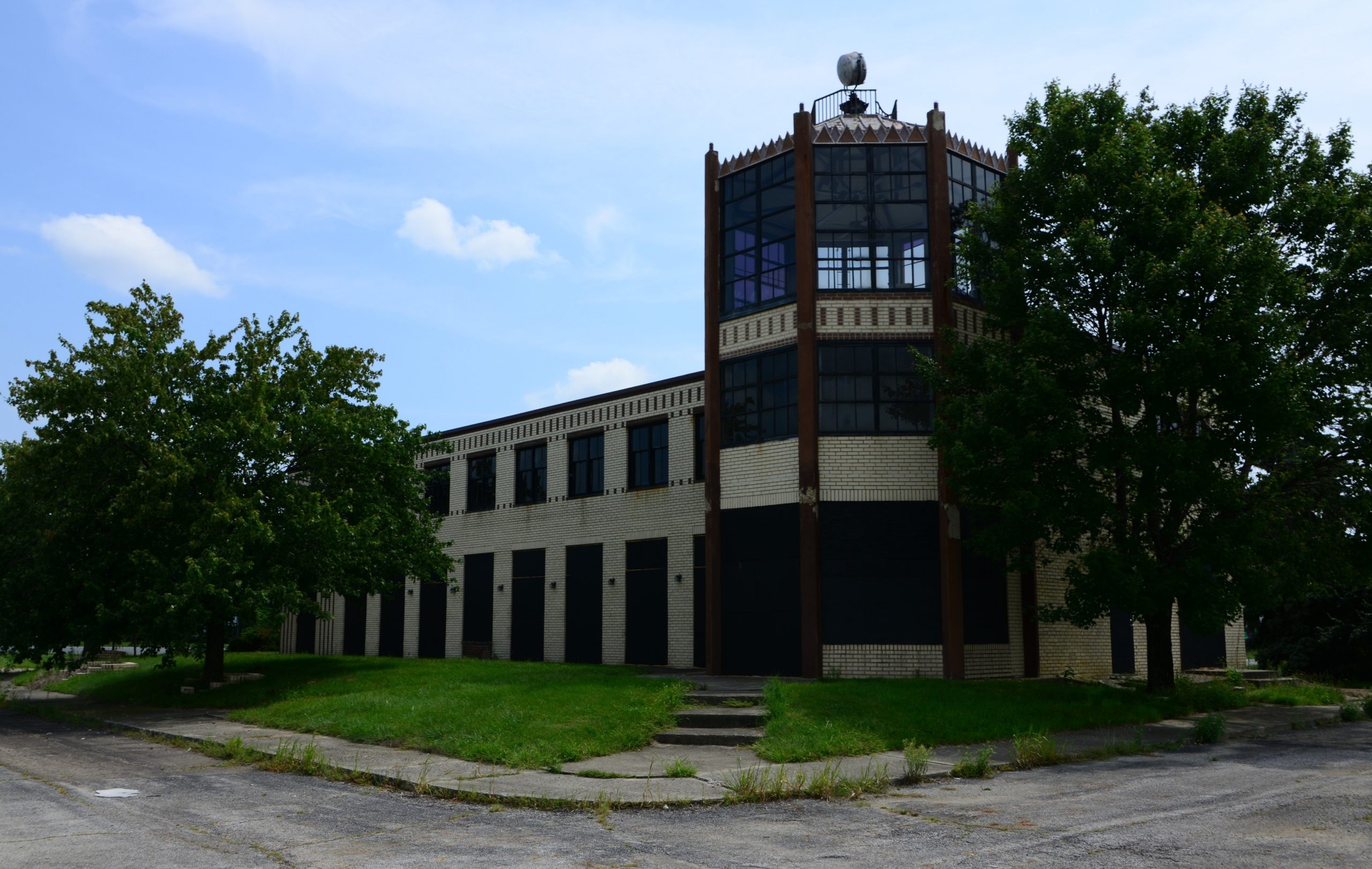 The State of Ohio appropriated a $550,000 grant toward OAS’s estimated $2 million cost of renovating the 12,000 square-foot-plus, Art Deco-style air terminal, which has been in disuse for nearly fifteen years despite being on the National Register of Historic Places. In May the OAS received its first private grant, $20,000 from the Hillsdale Fund, a North Carolina-based family foundation. The lease-signing is integral to a multi-million dollar fundraising effort by OAS, which has an initial goal of raising another $550,000 to double the matching funds required by the state to release the grant. Once the building’s three stories and control tower are renovated, the air terminal and surrounding 1.7 acres will be a civic showpiece. With its interior configured as the home of the OAS when it opens in late 2021, OAS will offer free-to-the-public exhibits honoring Ohio’s air and space pioneers, house research archives and a STEAM education center, and offer catered rentable meeting and event spaces.

The original air terminal was constructed to serve as the eastern terminus of Transcontinental Air Transport (TAT), one of America’s first commercial airlines and the first to offer coast-to-coast service. The site for the terminal, named Port Columbus, had been personally selected in 1928 by Charles Lindbergh, then TAT’s Technical Committee Chairman. Dedicated with much fanfare in July 1929, the structure served as the Port Columbus air terminal until 1958, when a modern terminal was built on the site of what is currently the John Glenn International Airport. TAT was in business for 16 months, ultimately merging into what became Trans World Airlines (TWA).

The historic air terminal was saved and re-purposed the first time in the 1980s’ when former US Navy and North American Aviation test pilot, Ed Gillespie, leased and renovated it into office space. Unoccupied again in the late 1990s, the terminal fell into disrepair. In 2014 a group of concerned citizens and heritage organizations formed Preserve Original Columbus Air Terminal (POCAT) to save the terminal again with the aid of Columbus philanthropist Sally Crane Cox and a Columbus Foundation challenge grant of $50,000. POCAT raised $53,000 to remediate interior mold issues and install a new roof in 2016. Thus, the stage was set for OAS, officially established last year as a 501(c)(3) non-profit organization, to be the new, long-term tenant and site manager.

OAS founder and Executive Director, Ron Kaplan, is a Columbus native and past executive director of the National Aviation Hall of Fame in Dayton, Ohio, which he left in 2017 after serving nearly 20 years on its staff. The OAS board of trustees presently consists of Columbus commercial real estate manager George O’Donnel, one of POCAT’s original co-Chairs; Cincinnati businessman Alan Hoeweler, a pilot and owner of several vintage aircraft, and Kaplan, who also serves as Chairman. An inaugural OAS advisory committee consists of Christine Mortine, Neil Mortine, Rick Brunner, Robert Tanner and Rick Ochs.

With Ohio widely recognized as “the Birthplace of Aviation,” the core mission of OAS is to preserve and publicly honor the remarkable legacies of the state’s outstanding air and space pioneers. This roster of honorees will include legendary names like the Wright Brothers, Rickenbacker, Armstrong, and Glenn, but also under-heralded but no less significant trailblazers like McGee, Mock, Reznik, and many more from across Ohio and the over hundred years of manned flight. OAS will leverage such inspirational examples as education force multipliers, using them as the foundation for fostering future innovation and workforce development through its STEAM education programs.