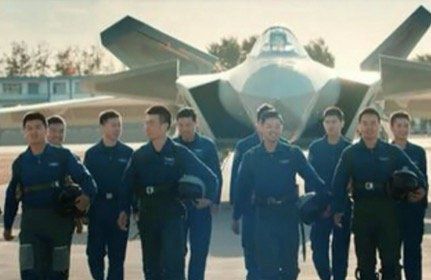 In case there were any doubts that the pilot shortage is real, the South China Morning Post is reporting that China’s People’s Liberation Army has joined the rest of the aviation world and launched a pilot recruitment drive. The army has created a flashy promotional video aimed at 17- to 20-year-olds and 2019 high school graduates and focuses on its sexiest aircraft, the J-20 stealth fighter. Only a few of the selected candidates will get to fly the fifth-generation fighter but like armed forces all over the world, the PLA needs pilots for its whole fleet and, like its allies and adversaries, it’s offering incentives to fill its cockpits.

The recruitment effort covers 31 of the country’s 33 provinces and those who qualify will get full ride university educations while they train as pilots. Last year China took in 1,480 new pilot recruits, its largest new class ever, and it needs more. It’s cashing in on the economic boom it’s enjoyed for the past 20 years and developing potent new aircraft in all roles, adding hundreds of airframes every year. It’s particularly interested in countering the perceived threat from U.S. F-22s and F-35s, which are expected to number about 500 in total in the region by 2025.