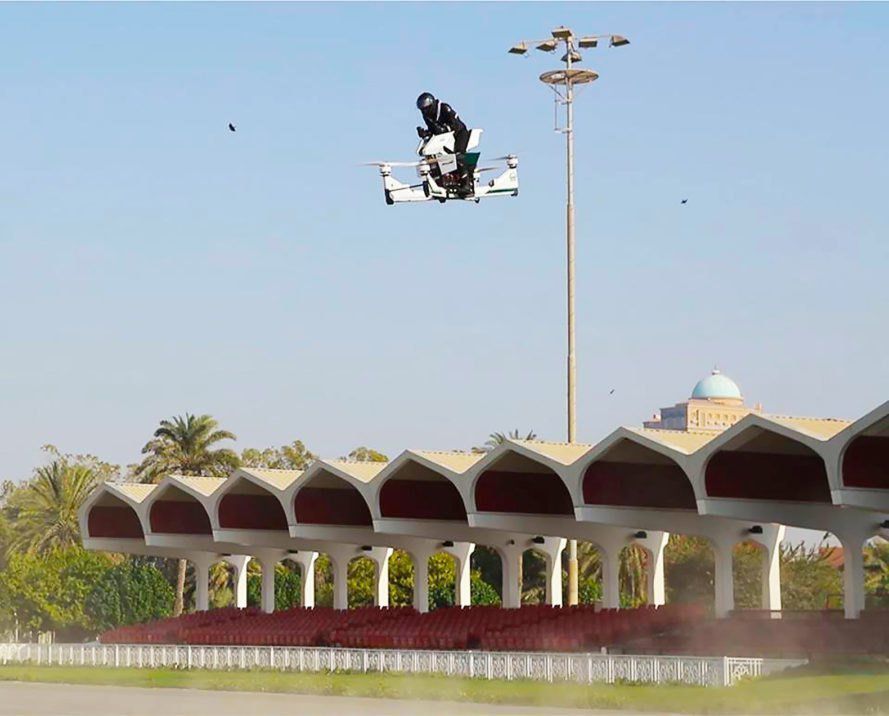 First of all, the FAA does NOT “approve” ultralight vehicles. The letter shown only states that in the FAA’s opinion, the craft appears to meet part 103 requirements. It either meets part 103 or it doesn’t. If it does, then the FAA is out of the picture.

Motorcycle gear is completely useless when falling from 10 stories (or falling just one foot into the whirling blades of a Cuisinart blender). This thing will have such a high death to miles traveled ratio that no one will be able to afford the insurance.

Is Pilot Training Keeping Up With The Pilot Shortage?

With all the talk of the alleged “pilot shortage” I still don’t see the various airlines and charter outfits putting up their own money to train an individual how to fly an airplane. Sure you have your signing bonuses, your promise of an interview, and other partnership with university deals. But what I still see are training agreements, conditions for those bonuses, and still many ATP rated pilots who were either furloughed or left the industry for various reasons. There is even an airline that flies Caravans in Hawaii that is advertising a “pay to play” scheme for an SIC position. That is not much of a sign of a shortage. As far as a shortage of CFI’s is concerned, most pilots who get a CFI do so as the first step in an aviation career. Most of those pilots move on to what they think is a better position or to something that pays a lot better. Until the industry raises the status of a flight instruction job above an entry level position in aviation, nothing will change there. And the ridiculous TSA rules don’t help. Is there a “shortage” of qualified pilots willing to work for nothing? Absolutely! Is there a “shortage” of commercial or ATP rated pilots? Absolutely not. Even the Inspector General of the congress acknowledged that. As far as I am concerned the only “shortage” is money to pay pilots or CFI’s what they should be. When I see airlines actually paying for, without requiring training agreements, training from student pilot to ATP, then I will believe there is a true pilot “shortage.”

One of the greatest curses of pilots who might like to stay in the ‘entry level’ positions like instructing is newer pilots willing to work for little or no compensation – a great looking deal to the bean-counters in charge of many of those businesses. I loved instructing and my students. I would have stayed doing it long-term for the right conditions, and I don’t mean ridiculously high conditions either. I voiced my desire to stay and instruct to the management at the large flight school I was flying for at the time. But aviation, like everything, has its peaks and troughs. When the trough came, management split the instructors up into categories that suited them, and laid off certain groups. I was unlucky enough to be in one of those groups – a group that had voluntarily agreed to fly fewer hours than most and teach in ground school, something that might suggest that we were more interested in the role than most – but that apparently didn’t matter. It sure looks like we’re in a peak period right now. A trough is sure to follow, sooner or later.

98% of the time, in any industry, “we can’t find enough qualified people” really means “we aren’t offering enough pay/benefits.” Simple as that. Of course, that’s bounded on the other end by what the customer is willing to pay. How many times has the high cost of flight training been cited as a barrier?

Here is a problem. Young people don’t know they can become pilots. The ones I have talked to somehow think the government assigns pilots and becoming a pilot is complicated and unattainable. Where did pilots come from 30 years ago? Grass roots aviation. Many pilots got their first taste of flying and developed a passion for flying in hang gliders and ultralights. Many trained with ultralight instructors. The LSA regulations caused the unintended consequences of stopping ultralight training and starving the pilot pipeline. The airlines should be encouraging grass roots aviation instead of killing it. I was at a grass roots fly-in this weekend and witnessed these factors first hand. Why grass roots flying? It’s affordable when compared to GA. Airlines would be pulling the right demographic.

I used to own a flight school, which makes me one of the “bean counters” mentioned above. Every single one of my instructor employees made more money than I did, and they weren’t making much. (My “income” from the school was a negative value.) I would have loved to paid them more. They certainly deserved it, but the customers wouldn’t stand for it. As it was, we were losing business to the schools on the field that charged less per hour. We tried to explain to prospects that our (better) training was cheaper overall because our average student hours at the end of the program was less than the other guy. The customers on average were spending more at our competitor start-to-finish, but most people couldn’t see past the per-hour rate, and walked away from us. Offering a better product did not appeal to the marketplace.

For many, a passion is developed within a vocation that actually pays a decent wage. Offering, the “glory” of being a pilot, and the “star wars” portrayal of being a modern high tech aviation mechanic with out the pay that would be expected from such high levels of training required is ludicrous. When GA companies and airlines invest their time and money in paid pilot and aviation maintenance training, the “pilot/mechanic shortage” will improve, over time, for those respective aviation organizations. When flight/maintenance training becomes an equivalent to a professorship at a local community college and university level, teaching students to handle and/or maintain a 150 to a Boeing will be considered a career rather than a necessary “rites of passage” in the quest for a well-paying aviation career. How many have and presently are sacrificing his or her youth hoping to get paid enough in their golden years to make up for the inadequacies of the traditional climb to a decent paying aviation job? Like it has been well said before, there are a large number of trained pilots and mechanics doing work outside of aviation who said the traditional sacrifices are not worth it. Sad to see so many highly motivated people forced to work outside their passion. Can aviation as a whole get out from the peaks and the trough? Doing training the way we have traditionally done will give is what we have traditionally gotten. Doing the same thing over and over again and expecting a different outcome is truly insanity.

Would You Consider Becoming A Professional Pilot?

Same old story, slight variation. Wanted to be a pilot since I could walk, went to USAFA (class of 94), eyes got worse, budget cuts to pilot slots, resigned and became an engineer.

Got my CFI on my own, no real opportunities to fly so continued with engineering, including a stint working on Stratolaunch. No real path for someone like me to break into flying unless I want to go from engineering pay to 1/2 teacher wages.

There are not enough professional CFIs in the business. Every professional pilot has to have a CFI show them the way! I want to be home for every birthday, every teacher conference, every moment that I can for my kids and family. Being a professional CFI allows that and more, plus I get to work at an awesome university that will support me!

I fall into a category that you didn’t show in your survey.

In short, I tried to become a professional pilot. I am partially color blind, however, which disqualified me from the air-force and caused some significant hurdles to getting into the airline industry. In hind-sight, though, this is not a sad story as I am happy with how things worked out for me.

The point my experience points out is that as pilots age the FAA can still take their careers away at a moment’s notice.

Bad Decisions? What Would You Have Done?

First, remember that it is most always a sequence of events. Like a domino toppling event, you only need to stop one sequence sometimes. And remember what you DID do …insist on maintaining altitude and keep the things you had left working for you. Working according to the rules from the start is my advise after 37+ years in professional aviation. Do not cut corners. Stick to procedures and do not take things for granted. There are very few scenarios you will have to “improvise” your way out of. But when these occur you’re much better off from a position of strength having acted according to rules and procedures and wisdom until then… Review every flight…there is always something to learn.

There’s a rule I think would have made a lot of sense here, that I follow when I’m flying with another pilot: The most scared pilot wins. A dip in Lake Michigan would have ruined everyone’s day.

My practice has always been below 20 degrees or has been below 20, use preheat and a long thorough warmup after start. If the temps were down in the teens a few hours before you can bet the engine core is still in the teens. I keep a bottle of water in the hangar, if it’s frozen I preheat because it’s my engine and my money.

Coagulated oil? Maybe. The symptoms also describe a frozen crankcase vent where water in the exhaust freezes in the vent tube allowing blow-by gases to pressurize the crankcase. That pressure is added to the oil pump pressure on the gauge reading. When the crankcase pressure gets high enough oil is expelled through the nose seal and shows up on the cowling. I see little to criticize, and much to commend, in your actions that day. The only thing I might do differently – and I’m NOT a multi-engine pilot – is to restart that engine over the airport and keep it at idle during the approach. That temporary thrust might come in handy!