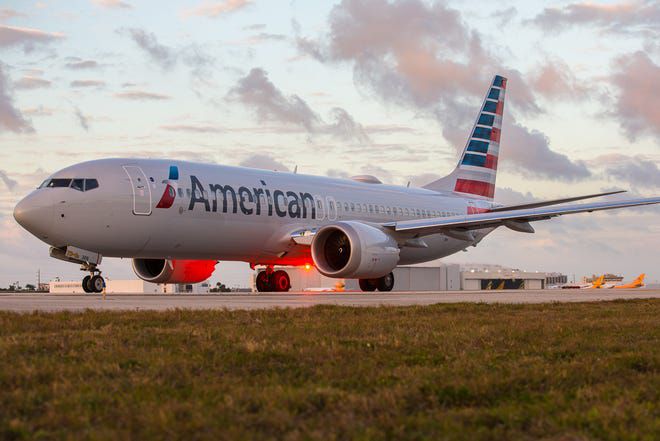 It’s not often that passengers hear from the captain days before their flight but American Airlines is employing those calm, soothing voices to ease the reintroduction of the Boeing 737 MAX. As we recently reported, American plans to resume MAX flights starting Dec. 29, assuming all the regulatory approvals are in place. Its plan to gain customer approval for the re-launch is to offer customer tours of the aircraft and to have pilots answer phone and video calls from jittery pax. “They’re the ones that … really have the credibility to explain the Max,” Alison Taylor, American’s chief customer officer, told an online “town hall” meeting with employees in mid-October. CNBC had a look at the discussions held in that meeting.

It’s not clear who gets to tour the planes and how the chats with cockpit crew will work but the union representing the pilots wants it done respectfully, with the 346 people killed in two crashes of the MAX prior to it being grounded in early 2019 in mind. “There are 346 reasons to be respectful and not have a PR campaign,” Dennis Tajer, 737 captain and spokesman for the Allied Pilots Association, told the network. “When the Max is fixed, fully vetted and we’ve been robustly trained, then it will be time to just go fly the jet.”

It’s also not clear when the green light for revenue flights will be flashed. American thinks that will be in mid-November but the FAA is not saying, according to CNBC. “The FAA continues to follow a thorough process, not a prescribed timeline, for returning the aircraft to service,” the agency told CNBC. But American COO David Seymour told employees that’s not far off. “We are seeing that finish line approach us and I think it’s a real finish line,” he said.