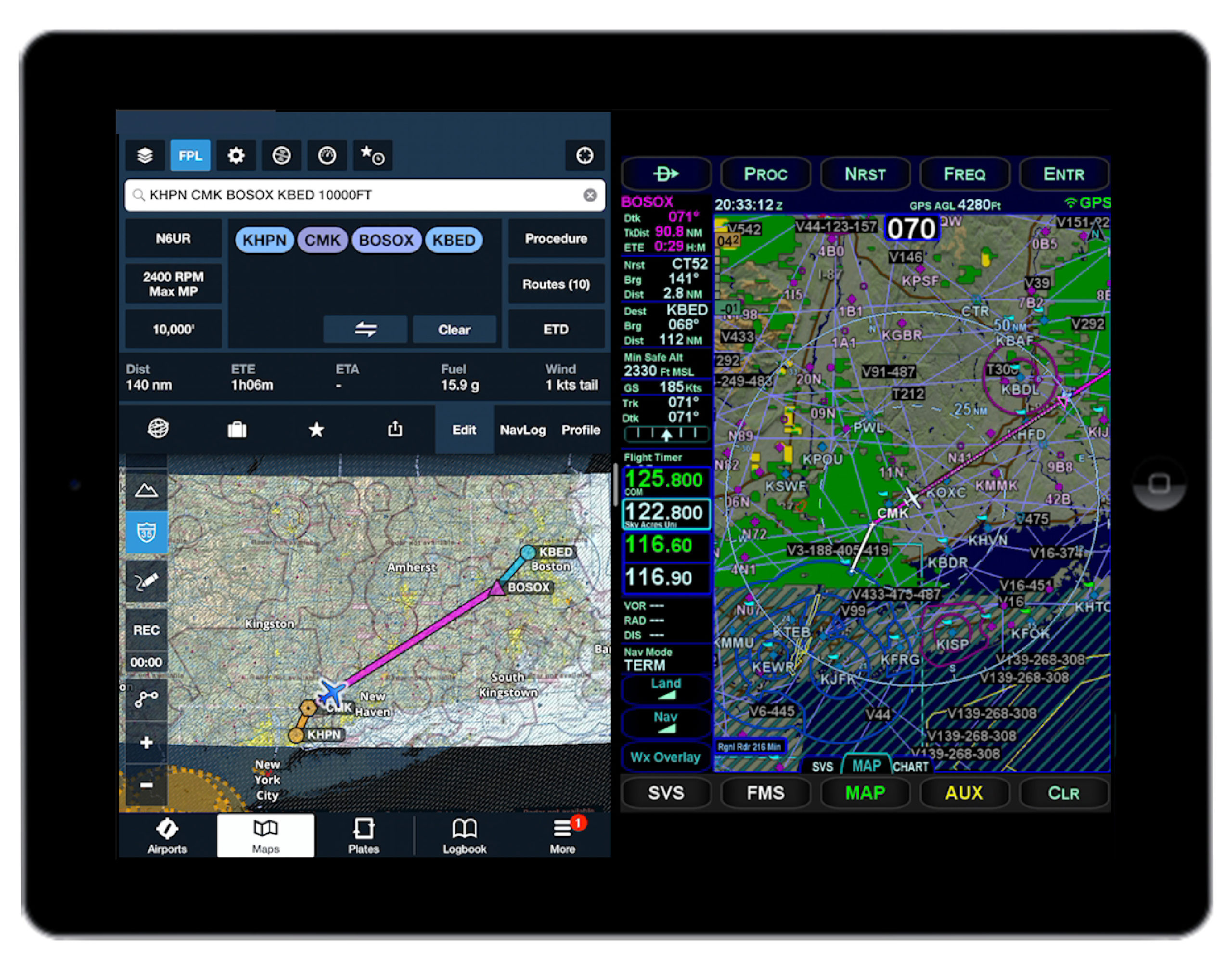 When Apple made multitasking part of its recent iOS updates for phones and tablets, it didn’t take long for the industry to adapt to the capabilities of working in two apps simultaneously. Now Avidyne joins the club. Its IFD100, a free app that works with panel-mounted IFD-series navigators, had been reconfigured to allow multitasking.

“The IFD100 app provides another instance of IFD in the cockpit, giving our customers a unique, large-screen display and remote-control of their panel-mounted IFD,” said John Talmadge, Avidyne’s vice president of worldwide sales. “With this latest version, the IFD100 App can now be displayed on a split screen with other Apps that support multitasking, including the industry-leading ForeFlight App, as well as SkyDemon in Europe, allowing pilots even greater utility and more capabilities.”

According to the company, version 10.2.9 is free of charge for IFD owners and is available now. The IFD100 app allows pilots to control portions of the panel-mounted nav/com/GPS as well as taking advantage of data in the panel-mount to provide attitude information to the app.