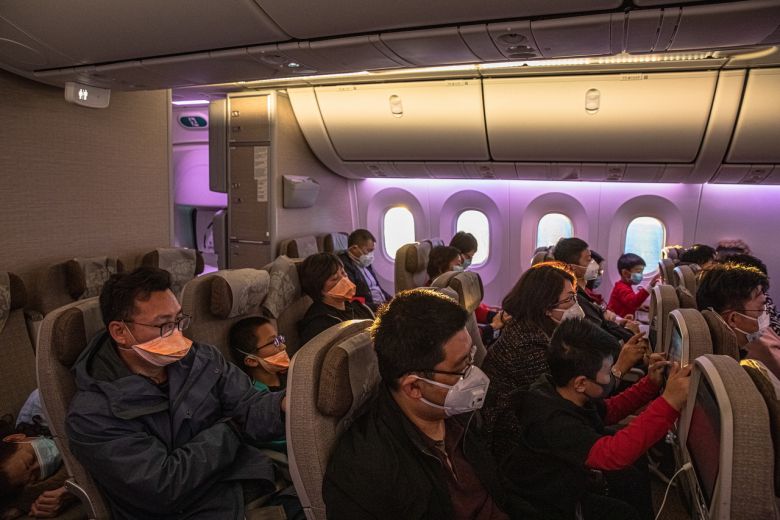 An MIT study says blocking the middle seat in airliners cuts the risk of transmission of the coronavirus by almost half. Forbes is reporting that the MIT paper, which has not been peer reviewed, says the chance of getting the virus on a packed airplane is about one in 4300 but keeping the middle seats empty cuts that to one in 7700. The author of the study, Arnold Barnett, admits his probe amounts to a “rough approximation” of the comparative risk factors but said it’s better than the “unsubstantiated conjectures” airline executives use to support their decisions to fly their airliners full again.

Turns out Barnett’s formula for guesstimating the risk involves a lot of math that is incomprehensible to most of us (𝑄 ≈ (𝑁+ ∗ ( 10) ∗ /32 ∗ /12)/𝑁565 = 3.75𝑁+/𝑁565 42) and assumes that everyone is wearing a mask. Two weeks ago, several major airlines announced they would end seating policies aimed at providing some level of social distancing, generally basing the decision on the premise that it’s impossible to do on an airliner. So far American, Spirit and United are planning to fill their planes. Delta, jetBlue and Southwest are keeping their middle seats empty, at least for the time being.