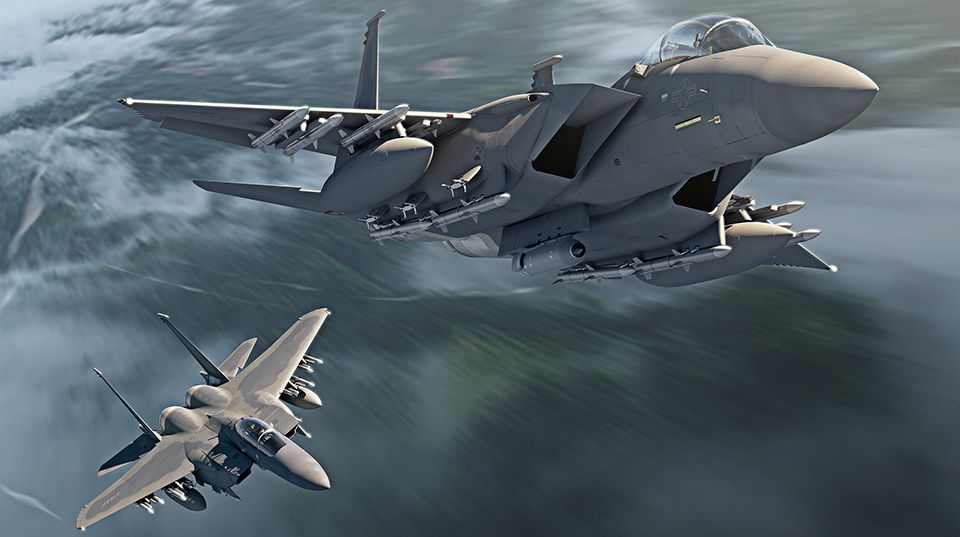 In a rare bit of good news for Boeing, the Department of the Air Force has awarded a contract for eight F-15EX multi-role fighters to be delivered starting in the first quarter of 2021. This part of the program is worth $1.2 billion but the U.S. Air Force plans to purchase 76 of the fighters over five years. The F-15EX will provide the military with an operational alternative for the F-35. Boeing is responsible for all key aspects of the program, from design through development, integration, manufacturing, testing, sustainment and modification. It’s also due to provide support equipment and training materials.

“The F-15EX is the most affordable and immediate way to refresh the capacity and update the capabilities provided by our aging F-15C/D fleets,” said Gen. Mike Holmes, commander of Air Combat Command. “The F-15EX is ready to fight as soon as it comes off the line. When delivered, we expect bases currently operating the F-15 to transition to the new EX platform in a matter of months versus years.”

“The F-15EX is the most advanced version of the F-15 ever built, due in large part to its digital backbone,” said Lori Schneider, Boeing F-15EX program manager. “Its unmatched range, price and best-in-class payload capacity make the F-15EX an attractive choice for the U.S. Air Force.”

According to Boeing, “The F-15EX carries more weapons than any other fighter in its class, and can launch hypersonic weapons up to 22 feet long and weighing up to 7,000 pounds.” Modifications to the F-15 include a new digital fly-by-wire control system, completely revamped cockpit, and advanced avionics. “F-15EX brings together benefits of digital engineering, open mission systems and agile software development to keep it affordable and upgradable for decades to come,” said Prat Kumar, Boeing vice president and F-15 program manager. “This means we can rapidly test and field new capabilities on F-15EX keeping our warfighters ahead of threats. We listened to our customer every step of the way when developing this exciting jet. What we will soon deliver is a modern and robust aircraft that supports our nation’s defense by incorporating the latest systems, sensors and weapons.”

Boeing’s corporate uptick from the F-15EX program has to be balanced against a dismal outlook for the 737 MAX airliner, which has lost 355 orders since the beginning of the year. (This is in addition to an accounting change that eliminated orders from customers thought to be unable to accept the aircraft, which brings the total to nearly 800 fewer orders for the MAX.) According to sales data released this week, Boeing has lost still more orders for the MAX even as it has completed its flight tests for the FAA. Overall, the planemaker delivered just 20 commercial aircraft in the second quarter, totaling just 70 deliveries so far this year. Both Boeing and rival Airbus are expecting demand for airliners to return very slowly, and it’s widely seen that the current increase in COVID-19 cases in the U.S. will likely push back any recovery in travel beyond recent estimates.

Boeing stock was trading at about $180 a share today after a bump to $230/share in early June, which was a significant recovery from $95/share in the third week of March. Prior to the 737 MAX groundings, Boeing was trading at more than $420 a share.