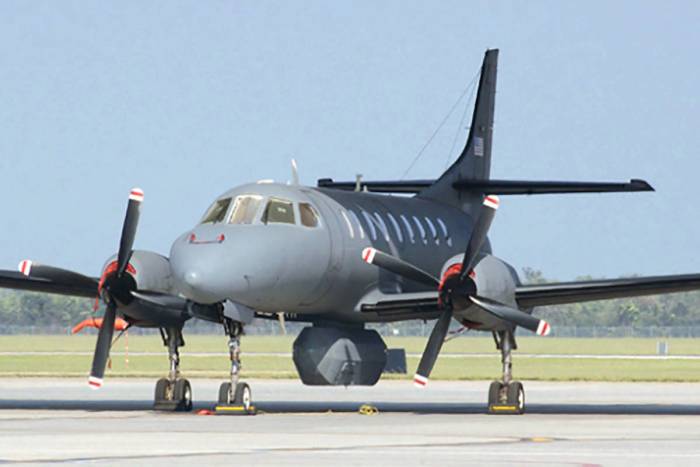 California Governor Gavin Newsom’s office says it didn’t know about or authorize the use of an RC-26B reconnaissance aircraft and a Lakota helicopter to monitor the quiet upscale neighborhood where the Air National Guard’s state commander lives while widespread rioting gripped the rest of the state last June in the wake of the death of George Floyd. The affluent El Dorado Hills suburb of Sacramento was the scene of a few small and peaceful protests while rioting swept Los Angeles, Oakland and Long Beach. According to a Los Angeles Times investigation, nobody seems to recall how the aircraft were ordered to El Dorado Hills, including the state commander Maj. General David S. Baldwin, whose name appeared on the orders.

The Guard in Minneapolis, Phoenix and Washington, D.C. came under scrutiny for using RC-26Bs, modified Metroliners with sensor pods and electronic ears, for surveillance of the large and sometimes violent protests there. In those areas the concern was that the military was using its assets to inappropriately gather intelligence on citizens exercising their First Amendment rights. The El Dorado Hills deployment raised other concerns. The aircraft were requested by the local sheriff’s office and Newsom’s spokesman Nathan Click said it should not have been approved by the Guard. “It was an operational decision made without the approval—let alone awareness—of the governor,” Click said in a statement to the Times. “After the incident, operational policies and protocols were reaffirmed and strengthened to ensure RC-26 aircraft are not used for these incidents again.”

As for Baldwin, although his name appeared on the order, other senior officials are able to sign off on deployments in his name. He told the Times he couldn’t remember if he actually approved the mission because he was busy managing Guard activities at protests all over the state. “We had 10,000 soldiers deployed,” he said. “We were doing hundreds of mission taskings.”