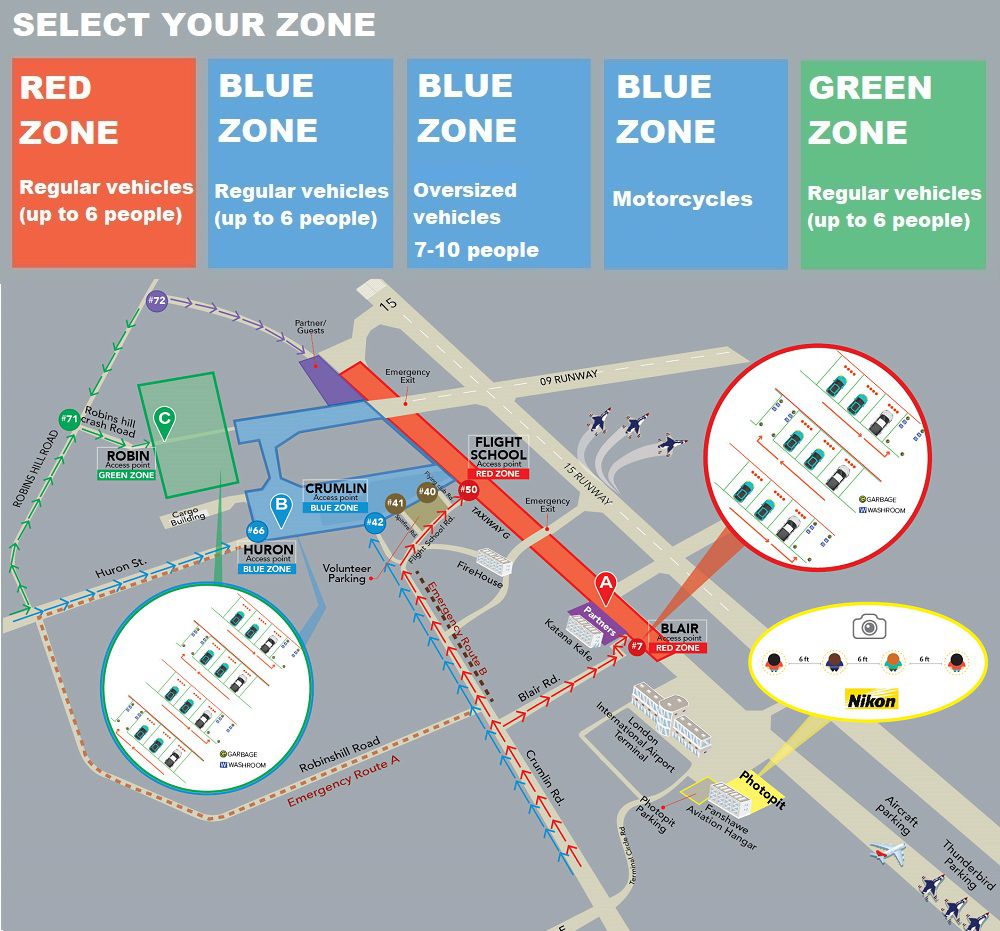 The USAF Thunderbirds will do a full airshow performance in September but only Canadians will get to see it. Ditto the U.S. Army Golden Knights parachute team, the F-22 Raptor demo team and C-17 demo team. The London (Ontario) Airshow is going ahead Sept. 12-13 as a drive-in event with room for 2500 vehicles. The RCAF will also be sending aircraft to the show but the Snowbirds won’t be there. They’re on a stand down after a fatal accident in May. It’s being billed as “Canada’s first socially responsible and physically distant airshow.” Although the border is closed between Canada and the U.S., it appears some arrangement has been made to allow the U.S. crews to land and stay in London.

“We know how much the airshow is enjoyed by the community, so while the impact of COVID-19 prevents us from producing our traditional-style event, we wanted to create a solution that minimizes risk and interaction while still offering an exciting and family-friendly event,” said Airshow London chair Jim Graham. “We’ll have three-and-a-half hours of solid flying, of solid jet noise.” Each ticket gets a 22-foot-by-25-foot spot in the regular parking areas for $75-$115 CAD with up to six people. There is also an RV area with a limit of 10 occupants for $175 CAD. There will be no concessions or souvenir stands and patrons can bring their own food and non-alcoholic refreshments. Portable toilets will be provided.