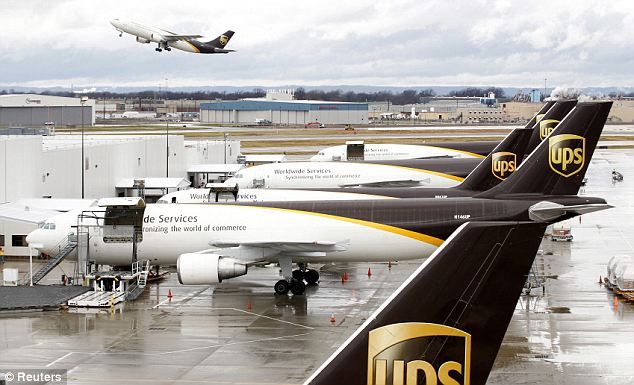 While passenger airlines have drastically reduced schedules, cargo carriers have done the reverse and now pilots are suffering increased COVID-19 infections, according to unions. The infections come just as the carriers are gearing up to distribute millions of COVID-19 vaccine doses in the coming months.

The president of UPS’s Independent Pilots Association, Robert Travis, said its 3000 members had 100 COVID-19 cases between March 25 and Oct. 27, but have reported another 66 since then, according to the Washington Post. On a rate basis, that’s 5533/100,000 population compared to 3905/100,000 for the U.S. as a whole and 773 for the world. The Air Line Pilots Association, which represents 5000 FedEx pilots, reports similar increases. “Conditions are significantly worsening during our busiest season and many pilots are at or near their physical and psychological limits,” the union’s leaders wrote in a memo to its members revealed in the Memphis Commercial Appeal.

With e-commerce booming because of the pandemic and the normal seasonal uptick beginning early, cargo carriers have been pushed to their volume and schedule limits. The Post reported that the biggest airlines carried 1.6 million tons of cargo in September, up nearly 20 percent from the same period in 2019. As vaccine production comes online, the cargo carriers will face the additional challenge of shipping freezer containers. UPS says it ready for the challenge, but still wary of infection impact on its workforce. “We see cases spiking. It’s concerning, right, because if we were to have disruption, let’s say, in our pilots, that would be a real problem,” Carol Tome, chief executive of UPS, said in an earnings call recently. “Now, we haven’t seen that, but we’re just watching this very, very closely.”

The UPS pilots union has complained about company procedures, saying UPS isn’t doing enough testing and is applying quarantining rules unevenly. The union said until recently, only one of the COVID-19 rapid testing machines UPS got from the government’s Project Airbridge was in use for pilots departing Anchorage for Asia. The Post said UPS called the union’s concerns “baseless.”

Meanwhile, as recently as September, passenger airlines claim they aren’t seeing COVID-19 spikes among crews. “At United, but also at our large competitors, our flight attendants have lower COVID infection rates than the general population, which is one of multiple data points that speaks to the safety on board airplanes,” United Airlines CEO Scott Kirby said at a press event.

The Association of Flight Attendants, the largest U.S. flight attendant union, reported just over 1000 COVID-19 infections among its members, a rate of 833/100,000. Cases have rapidly increased in the U.S. since then, but more recent data isn’t available.