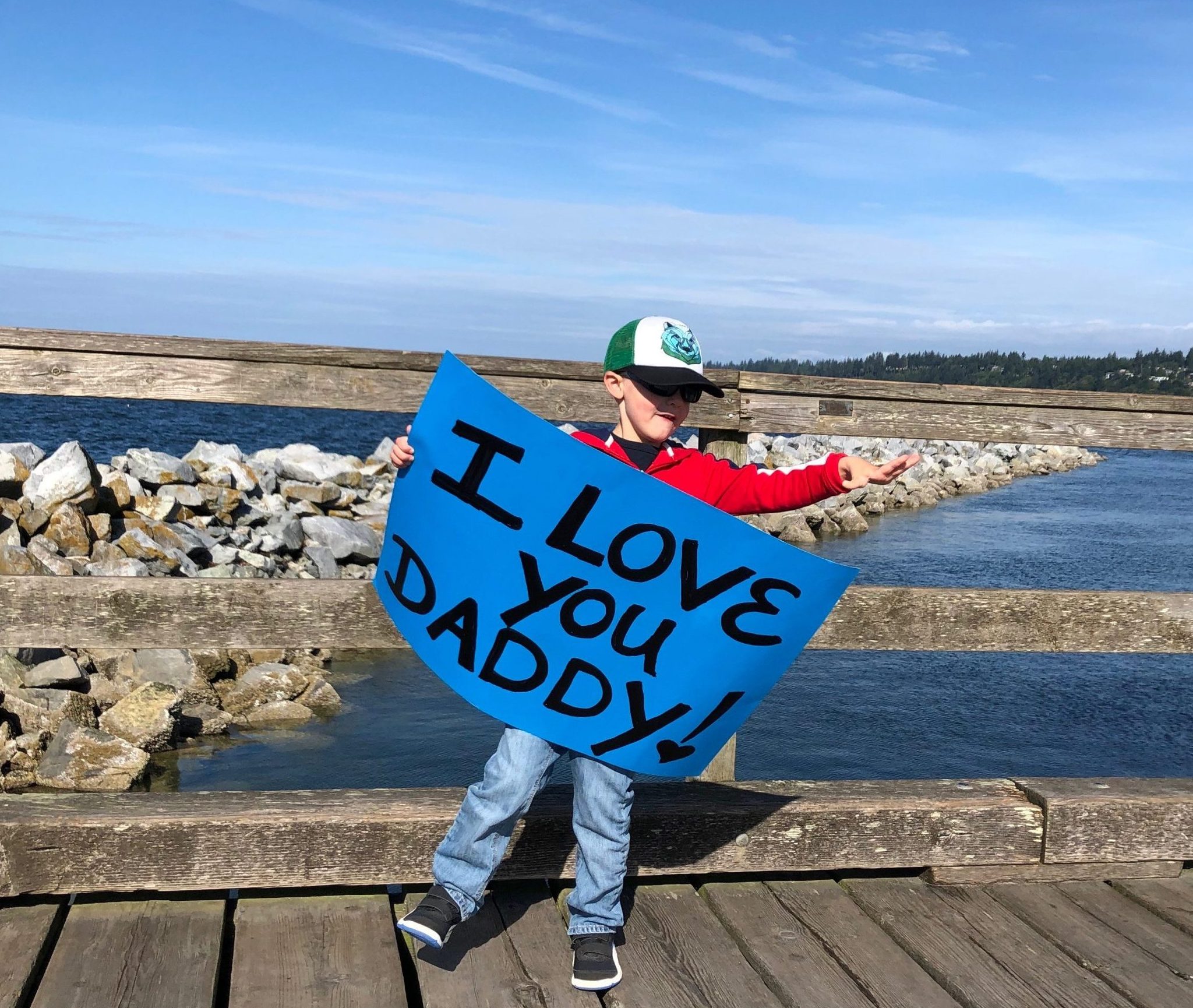 A little cross-border cooperation allowed a Seattle dad who’s been separated from his four-year-old son just across the border in White Rock, British Columbia, to come within 1,000 feet of his boy on Friday, much to the surprise of others in the Vancouver suburb. Air Force Reserves Lt. Col T.K. Minzak flew an Air Force C-17 over the waterfront of the Canadian community at 1,000 feet while his son Ethan Fritz waved and waved an “I Love You Daddy” sign up at him from the pier below. “He did a airshow for me. He tipped his wings at me,” Ethan told local radio station News 1130.

Ethan has been living with his mother Alyssa and his grandparents in Canada since March. The border has been closed since the end of March and he has been unable to spend time with his father in Seattle. His dad is a pilot for Alaska Airlines and normally spends 10 days a month with Ethan. “He’s really missing him. He really has a heartache for sure,” Alyssa said. “We haven’t been able to get together. So, it’s been a lot of time on FaceTime.” Minzak got clearance from the Air Force and Canadian border authorities for the low pass but the approval came the night before and there was not time to warn the rest of White Rock. Many people were surprised to see the hulking Globemaster at low altitude over their town.