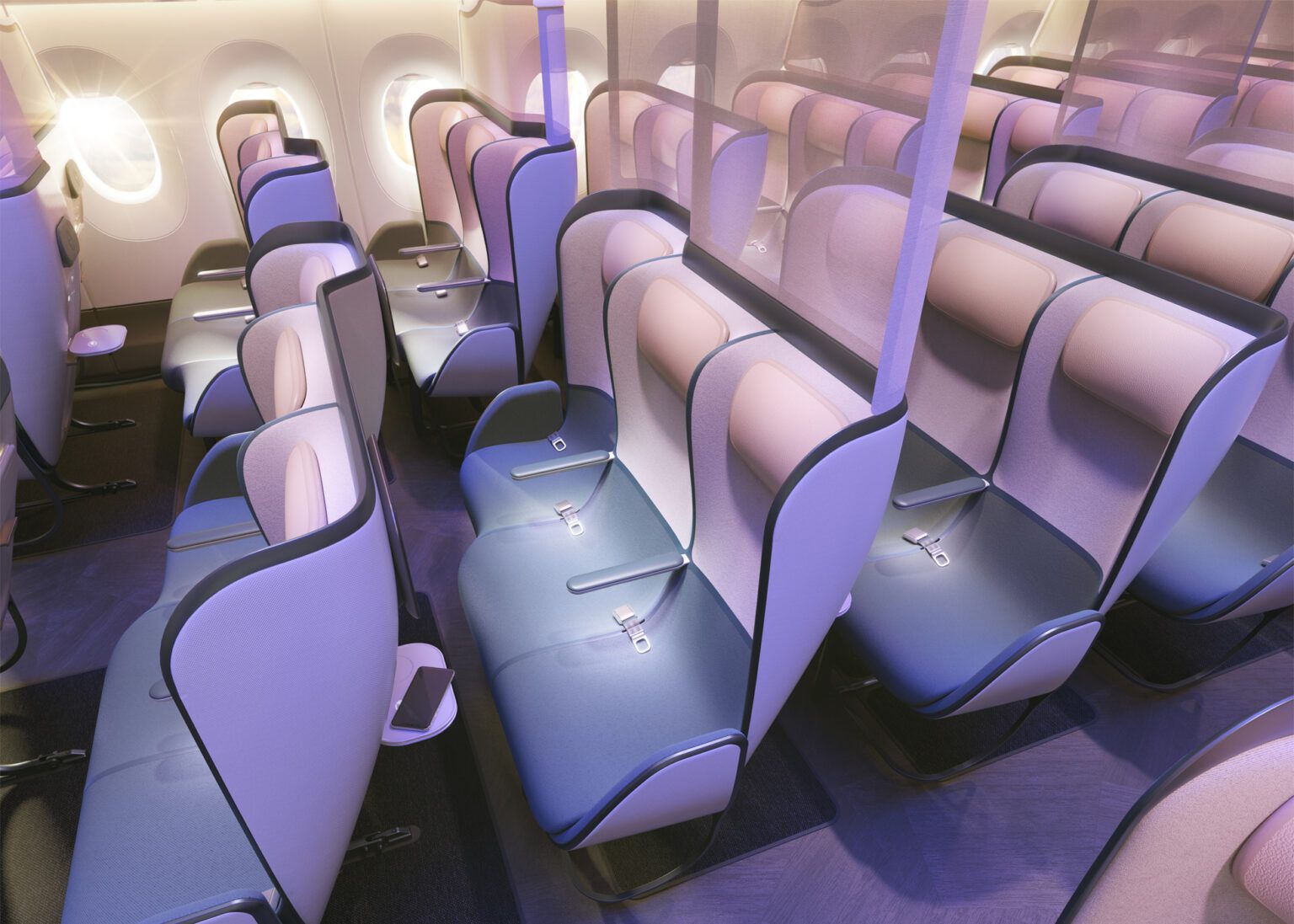 “This latest work from the studio represents pragmatic innovation. With the benefit of over 30 years’ experience, we know how to harness design to achieve long-term positive change,” says Nigel Goode, co-founding director at PriestmanGoode. “We’ve looked ahead to imagine future scenarios and taken into account new passenger behaviours driven by the global pandemic to ensure our designs can be implemented within a few years and will meet user and airline requirements for many years ahead.”

In this design presentation, PriestmanGoode offers features new to the economy class, including dividing screens every other row for greater separation, a staggered seat configuration to “maximize feeling of personal space and allow passengers to sit in the
groups they are travelling in” and other features to reduce dirt buildup. Also, the inflight entertainment screens are no more, as is the seat-back tray, replaced by a “clip-on
meal tray direct from the trolley.”

Good says that “With both passengers and airline employees at the heart of this project, we have not only taken onboard present anxieties but also tried to ensure our solutions are future-proofed against future pandemics, recognising the significant commitment and
investment involved.”