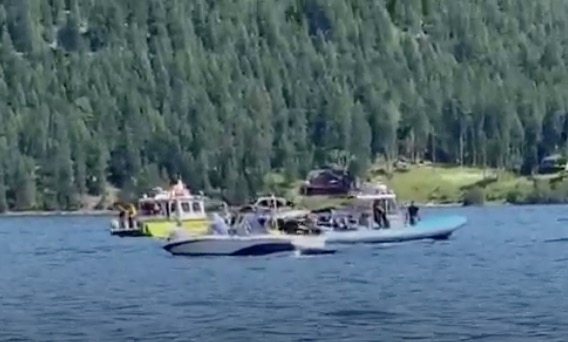 Up to eight people are believed dead after two aircraft collided above Lake Coeur d’Alene in Idaho on Sunday afternoon. Two fatalities have been confirmed. Aircraft types and other details were not available at our deadline and neither has the number of people involved been confirmed. It is believed one of the aircraft originated from Lewiston, Montana, according to local media reports. Debris and oil were on the surface of the lake and multiple first responders were on the scene.