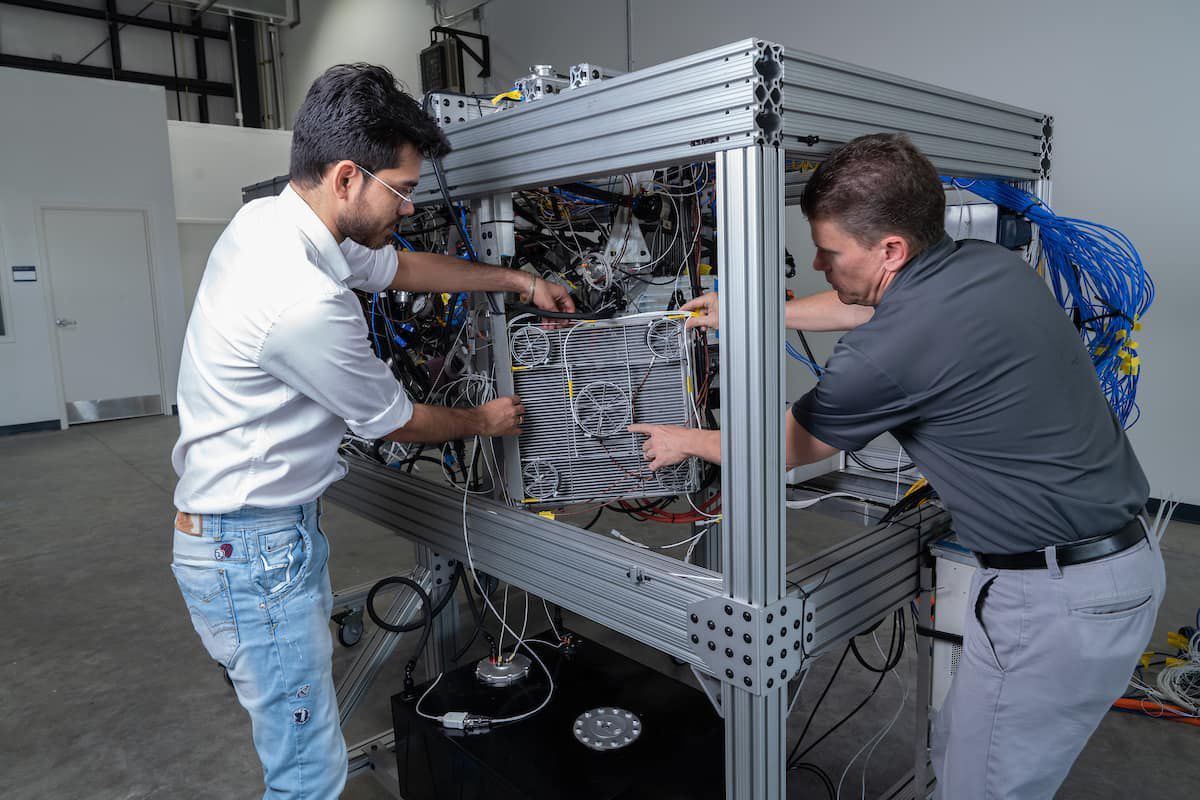 Claiming a power-to-weight figure “4.6 times better than any existing battery system,” researchers at Embry-Riddle’s Eagle Flight Research Center (EFRC) are working on a gas-powered hybrid system that could underpin future electric aircraft. This is potentially a big deal because it’s assumed that electric aircraft will use some form of battery power but what’s not a settled issue is how they might employ gas- or diesel-powered engines as range extenders or supplementary power.

Not much in the way of details is available yet, but E-R says the gas engine is a lightweight, all-aluminum turbocharged design built to drive a “high-performance electric generator.” This engine reportedly produces 160 HP. “The emissions benefits begin with the operation of the engine and generator at their most efficient settings at all times,” says Embry-Riddle Project Manager David Spitzer, suggesting that the engine will be a severe “point design” and run at its efficiency peak as much as possible. According to Embry-Riddle, the project is “externally supported by a $2.5 million contract.”

“We’re working to understand the subtleties of the system in terms of mechanical, thermal and electrical engineering,” Spitzer said. “We’re using hundreds of sensors to study the hybrid power plant’s temperatures, pressure, air flow, fluid flow rates and more. We can apply those insights to develop lighter-weight aircraft, or we can scale up the design to fly a person to work in the morning.”

“Urban air mobility vehicles are going to solve many of our current problems in cities,” said Aerospace Engineering professor Dr. Richard “Pat” Anderson, director of the EFRC. “Air taxis will relieve roadway congestion, and they will also be greener if they replace cars that are stuck in traffic. Future aviation options will be clean, quiet and more sustainable.” To achieve that goal, Anderson believes that you need to have the electric motors do all the work. “If you want an aircraft that’s really quiet, redundant and safe,” he added, “this is the configuration you need. Multi-rotor flight is simply not possible with a mechanical approach. We had to make the mental jump to electric.”

This new engine is being developed with a vehicle in mind, one “designed to carry a payload of up to 500 pounds and incorporating six dual-rotor systems and 12 propellers.” EFRC will leverage its experience with the PAV-ER personal air vehicle, which uses a “distributed electric drive system, including eight small electric motors and eight variable-pitch rotors.” “The use of rotors instead of fixed-pitch propellers is another key technology here at EFRC” Spitzer says. “We have proven that this important capability reduces noise over populated areas, increases efficiency and improves safety of UAM for so many configurations under development.”