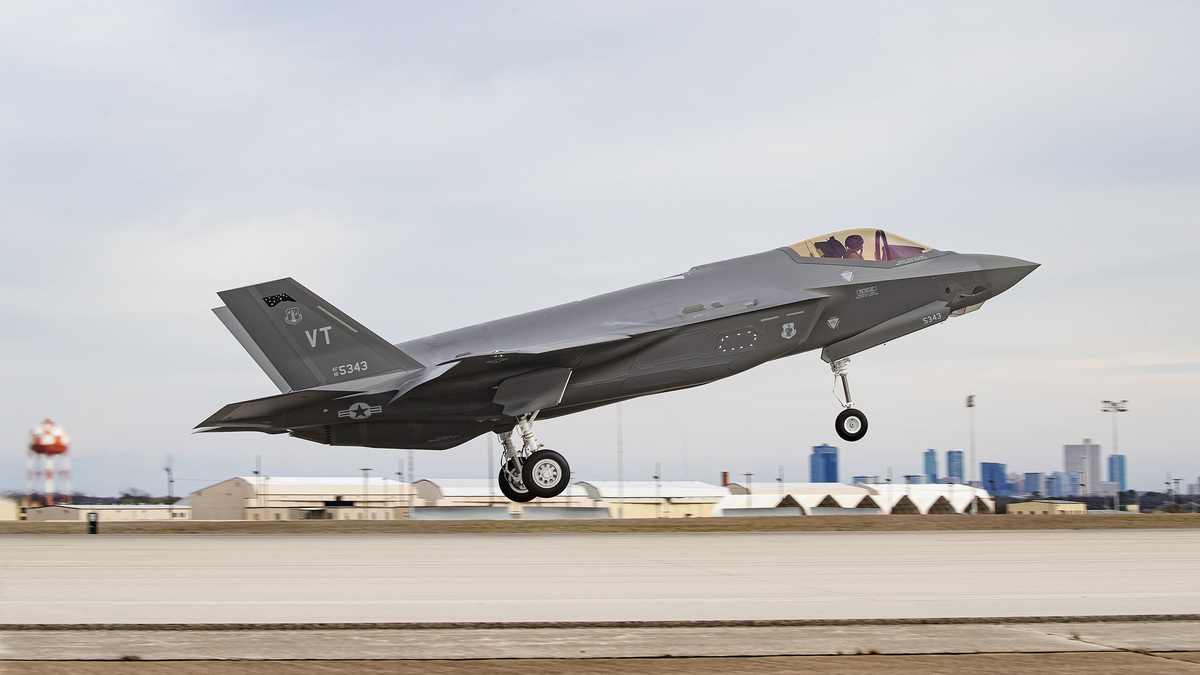 An unstable approach, a misaligned helmet and an “overwhelmed” flight control system led to the crash of an Air Force F-35 at Eglin Air Force Base in Florida last May. An Air Force accident report released a few weeks ago found plenty of fault with the pilot’s actions but it was ultimately the airplane that wouldn’t allow itself to be saved. The plane’s overworked processor set the horizontal stabilizers to the “default” position of trailing edge down just as the pilot initiated a go-around to try his landing again. When the aircraft didn’t respond to firewalled throttle and full back pressure on the stick, the pilot ejected and the plane rolled, caught fire and disintegrated. The pilot suffered minor injuries and the aircraft, worth $175,983,949, became a debris field.

The aircraft was on a night training flight and was landing at Eglin at 9:26 p.m. on May 19 when the accident occurred. The pilot was distracted by a misaligned helmet that was showing him erroneous head-up display information and didn’t shut off a “speed hold” feature that maintained an airspeed of 202 knots. That’s 50 knots faster than the 152-knot touchdown speed of the F-35. The aircraft was also at a 5.2 degree angle of attack when the manual calls for 13.2 degrees. The result was a floating three-point landing followed by pilot-induced porpoising. As the pilot tried to salvage the landing with rapid control inputs, the flight control computer couldn’t keep up and went to the default nose-down setting. “With the horizontal stabilizers set in this trailing edge down position, the [pilot] then input full aft stick for approximately three seconds and selected maximum afterburner (AB) in an unsuccessful attempt to set a go around attitude before successfully ejecting from the [aircraft].”

An earlier version of this story incorrectly used the term “glideslope” instead of angle of attack in describing the aircraft’s landing attitude.