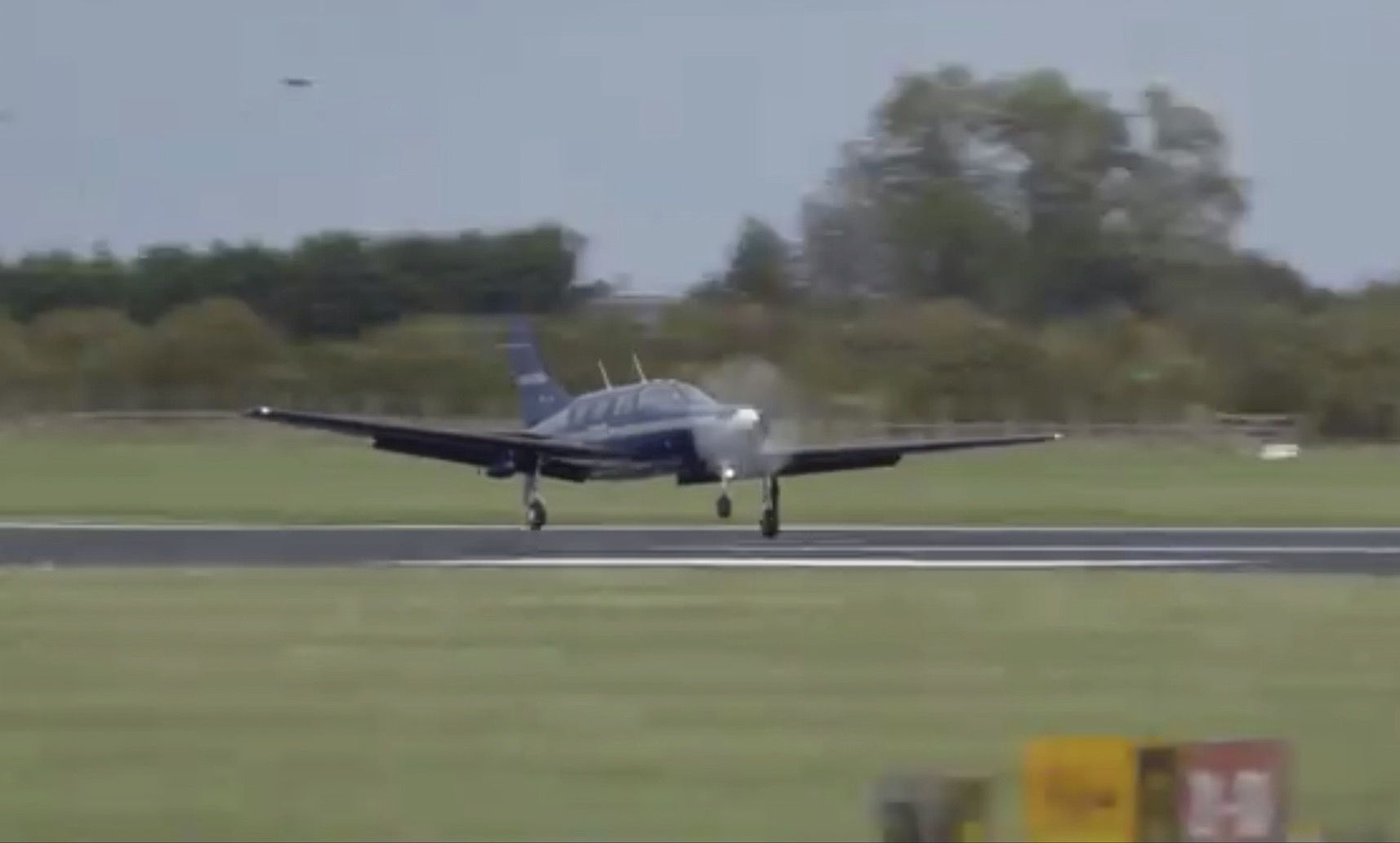 With pure battery powered aircraft still short on endurance, hydrogen fuel cell technology is gaining traction. And in the U.K. this week, ZeroAvia flew the first commercially viable aircraft—a Piper M-class airframe—on a combination of batteries and fuel cells. The flight took place at the company’s R&D headquarters at Cranfield, northwest of London.

The flight was part of the U.K.’s HyFlyer R&D project that’s aimed at creating reduced-carbon aviation powerplants. ZeroAvia has previously flown the same M-class on pure battery power, but this week’s demonstration marked the first time hydrogen fuel cells have been added to the power mix. The flight was a short one, but ZeroAvia CEO Val Miftakhov said that by the end of the year, the company will demonstrate a 300-mile flight at about 200 knots.

With support from the U.K. government—about $3.5 million (£2.75 million)—ZeroAvia’s short-term goal is to prove the technology is suitable for short revenue flights in aircraft like the M-class, but it will eventually be suitable for a 20-seat regional airliner such as the Twin Otter, Dornier 228 or the Cessna Sky Courier, now undergoing certification in Wichita. Such fuel cell powerplants would be in the range of 800 horsepower and would be comparable to Pratt & Whitney’s ubiquitous PT6 turbine.

Aware that the hydrogen infrastructure is critical to the concept, ZeroAvia is addressing that at Cranfield with its own hydrogen production station. It uses solar energy to drive electrolytic converters to produce gaseous hydrogen for use in the cold fuel cells ZeroAvia is using. This week’s demonstration flight used some battery power, but not as a power buffer. Miftakhov said at a press conference on Friday that it is possible to fly solely on hydrogen.

Zero Avia’s goal is develop reliable and scalable hydrogen powerplants that airframers can use in place of fossil fuel engines. “We believe that there are a lot of aircraft manufacturers that know what they’re doing. What’s needed in the industry is to build powerplants that can use clean fuel. And that’s what we’re focusing on,” he said.

ZeroAvia started as a U.S. company but moved to the U.K. this year because of a more favorable investment climate and serious government interest in low-carbon energy sources.