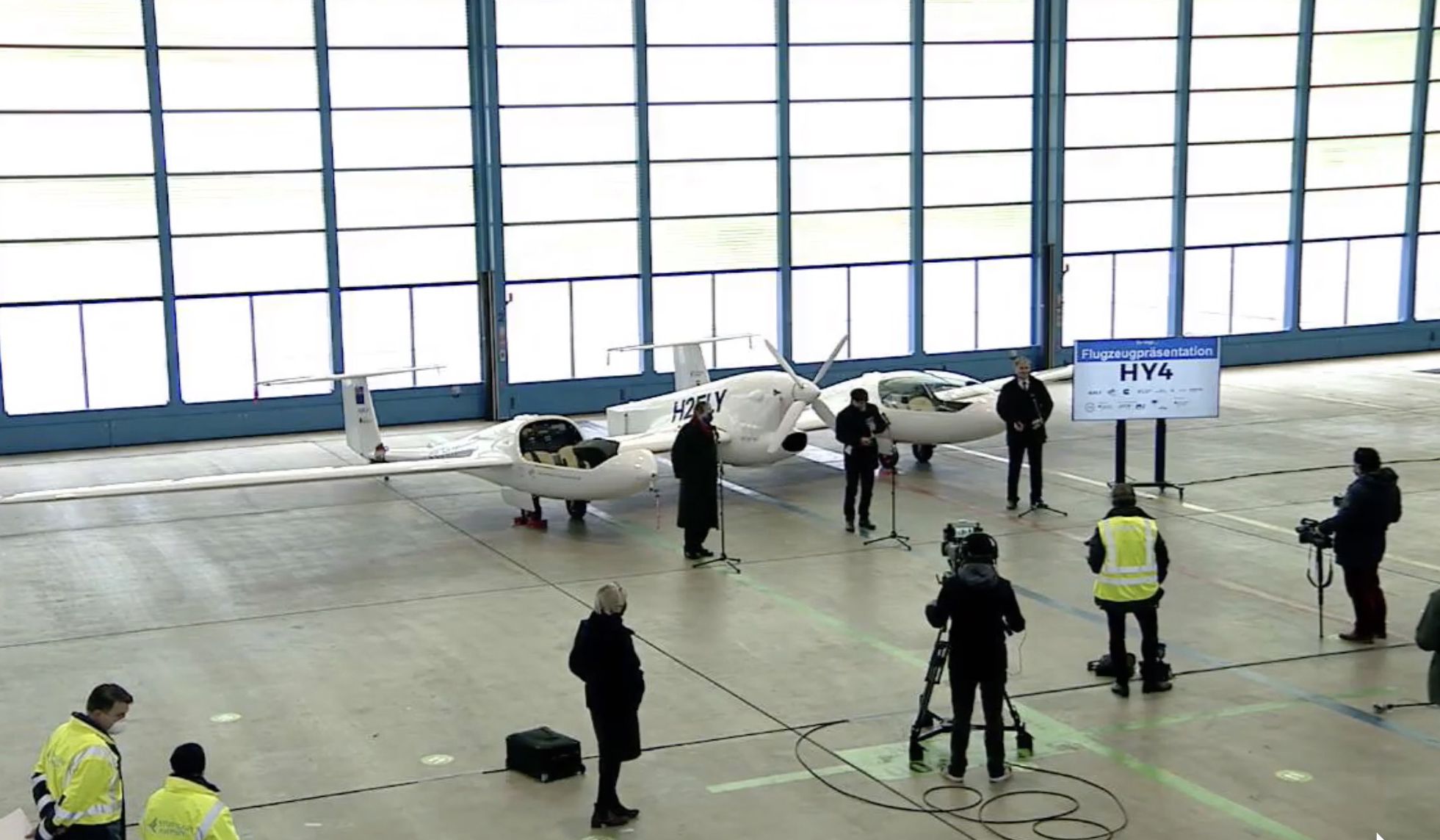 A consortium of European companies and organizations rolled out a hydrogen-powered research aircraft Friday that they hope will provide the technical bedrock for commercial transport aircraft carrying up to 40 passengers. The airplane is called the HY4 and was displayed briefly at a hangar at the Stuttgart Airport.

Although few details were offered in the German-only press materials, the HY4 appears to be based on Pipistrel Aircraft’s innovative Taurus G4 which married two of the company’s electric gliders into a twin-boom planform with a single electric motor in the center section wing. The G4 won the $1.35 million NASA Green Flight Challenge award in 2011. Pipistrel, which leads the world in the production of electric aircraft, is part of the HY4 consortium.

Project leader Josef Kallo called the HY4 a sixth-generation hydrogen drive that uses a fuel cell to drive a single 160-HP electric motor for a top speed of 108 knots. Claimed range is up to 900 miles, according to technical specs provided by the HY4 group.

Test flights began last month and more than 30 takeoffs and flights of up to two hours have been completed. The HY4 has been approved for Europe-wide flight and will remain in Stuttgart through May for further testing. Other participants in the program include the German DLR, the Europe-wide Modular Approach to Hybrid Electric Propulsion Architecture (MAHEPA), Diehl Aerospace, Cummins and Uni Ulm. Find more information the HY4 website.