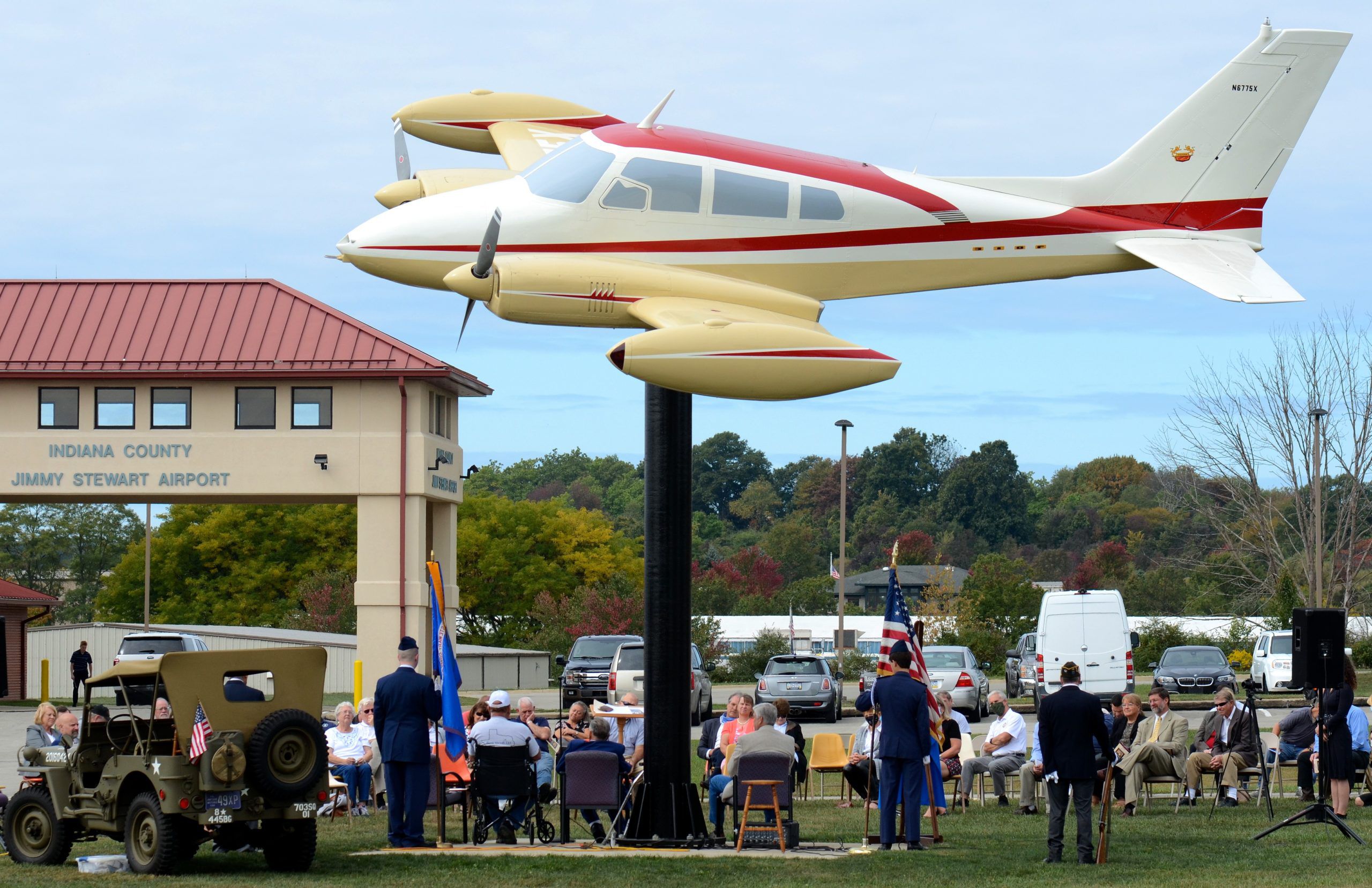 A 1961 Cessna 310F once owned by World War II aviator and movie star James M. (Jimmy) Stewart was dedicated as a monument last month after an extensive restoration effort. Located at Indiana County Jimmy Stewart Airport (KIDI) in Stewart’s hometown of Indiana, Pennsylvania, the monument is the result of five and a half years of work undertaken by Experimental Aircraft Association (EAA) Chapter 993. The project was funded by a 501(c)(3) nonprofit formed for the purpose.

According to EAA 993, Stewart’s 310, N6775X, was found in derelict condition at Dallas Executive Airport (KRBD) in 2015. KIDI and the Jimmy Stewart Museum expressed interest in acquiring the aircraft, which was missing its engines, propellers and assorted other parts. Led by Harold Wood, EAA 993 agreed to take on the project, putting in an estimated 6,500 hours on the restoration and monument construction. The organization says it is currently raising funds to build a children’s playground around the monument.

Jimmy Stewart was born in Indiana, Pennsylvania, on May 20, 1908. From 1941 to 1968, he served successively in the U.S. Army Air Corps, U.S. Army Air Force and U.S. Air Force Reserve, attaining the rank of Brigadier General. In addition to becoming an instructor for both the B-17 and B-24, Stewart flew 20 combat missions in World War II and received awards including the Distinguished Flying Cross, Air Medal and French Croix de Guerre. During his movie career, Stewart appeared in an estimated 80 films such as Mr. Smith Goes to Washington, The Philadelphia Story, It’s A Wonderful Life and Harvey. He passed away on July 2, 1997, at the age of 89.