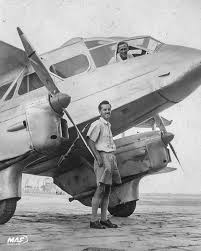 A founder of one the longest serving public benefit flying organizations in the world died recently but the organization he helped create will continue to operate as he envisioned. Stuart King, who founded the Mission Aviation Fellowship with Jack Hemmings on the wings of a single-engine aircraft and lots of prayers more than 70 years ago, died at the age of 98. The ex-RAF engineer was convinced that aircraft could be a vital link to remote areas of Africa and he and Hemmings flew a Miles Gemini through Libya, Egypt, Sudan, Kenya and the Congo on a six-month tour to test that hypothesis.

MAF now serves 1,400 remote locations in 26 countries in support of more than 2,000 humanitarian and missionary organizations. It’s also a highly developed aviation organization with high standards for aircraft maintenance and pilot training and fiscal management. In this regard, King received an award from the Honourable Company of Air Pilots in 2019 to add to the long list of humanitarian tributes paid to him.