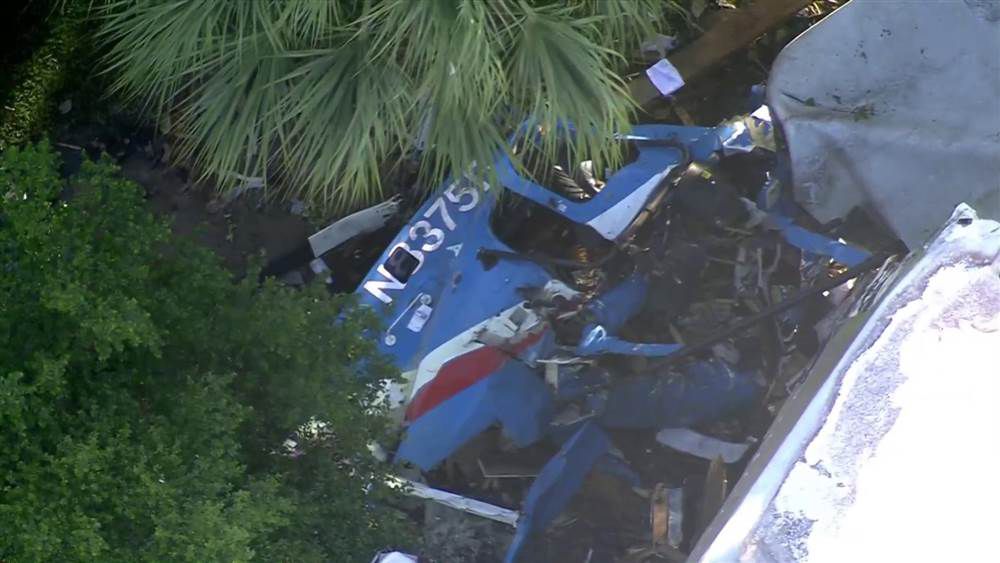 A Houston Police tactical flight officer is dead and his pilot in critical condition in a hospital after their helicopter crashed in a residential area early Saturday. Officer Jason Knox, 35, and pilot Senior Police Officer Chase Cormier, also 35, were responding to a call about 2 a.m. On the way to the call, the helicopter clipped a building and came down between apartment buildings in a densely populated area of the city. No one in the building or on the ground was hurt.

Both men survived the crash but Knox died later from his injuries. He was the son of Houston city council member Mike Knox. He was married with two children. Police Chief Art Acevedo said the aircraft avoided the most densely populated areas on its way to the call because of the hour but said it was lucky that it didn’t hit a residential building. “When you have incidents like this you have to find the silver lining,” he said.