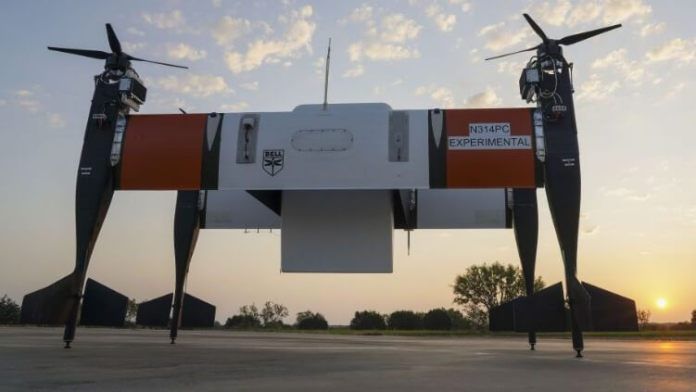 The Wright Brothers had Kitty Hawk, supersonic flight had Muroc, and now Bell’s Autonomous Pod Transport (APT) has rural Oklahoma, where the APT last week managed an important milestone in autonomy—flying beyond visual line of sight from its test team. According to Bell, the APT had already been proving that “it can handle this type of flight through its first BVLOS flight carrying 60 lbs of payload at a testing site in Oklahoma.”

Bell intends to produce two versions of the APT, one a small quadcopter weighing 55 pounds, with a range of 18 miles at 90 knots; the other is a 300-pound UAV with a 70-pound payload, 35-mile range and a max speed of 110 knots. “Delivering goods and information to critical—sometimes inaccessible—locations calls for an aircraft that can fly autonomously, over long distances and land vertically,” says Bell.

According to the company, “Bell is eager to expand APT’s BVLOS flights to eventually support medical supply drops, basic supply chain operations and even kiosk deliveries. Our strong partnerships and continued innovation bring us closer to achieving this future goal, one flight at a time.”