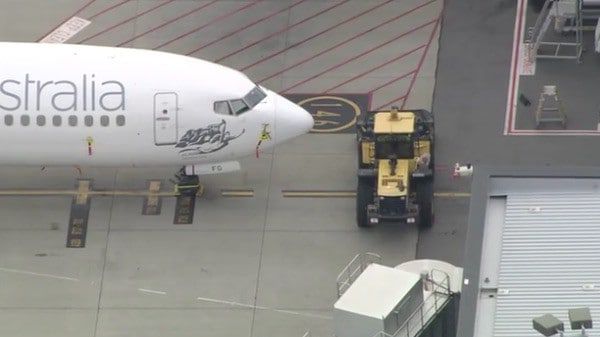 Perth Airport in Australia has seized an unspecified number of airliners belonging to Virgin Australia to secure debts owed by the carrier for rent and other fees. Last week, the airport parked heavy equipment, trucks and even airstairs around the aircraft, which the bankrupt airline is storing there because of the drastic reduction of flights due to the coronavirus pandemic. “Virgin has significant outstanding invoices from Perth Airport for airfield and terminal use charges—money the airline has already collected from its passengers and the FIFO sector,” an airport spokesperson told the Canberra Times on Friday. “While Perth Airport is working with the Virgin administrators, it also needs to protect its own interests.”

Virgin entered bankruptcy last Tuesday and the planes being held by the airport are leased. Bankruptcy administrator Deloitte has asked the courts for a month to determine how many aircraft the airline actually needs. Virgin is still operating but with a much reduced schedule because of the massive decline in business. The goal is to sell the airline as a going concern. Virgin got support from an unexpected source when Qantas called the actions by the Perth Airport “ridiculous” and said it was “deeply worrying” for all carriers flying to Perth.