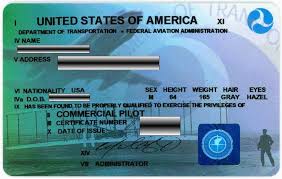 AOPA is reporting that hundreds of pilots may have to take their practical tests over again after an FAA investigation revealed issues with the performance of a Cincinnati FAA examiner. Anyone who passed ride with Michael A. Puehler between 2008 and 2019 may have to take the test again. AOPA says the FAA said the action was taken to “ensure that these individuals meet the standards.” On July 15, the FAA sent a policy document to aviation safety inspectors that included a draft letter to be sent from FSDOs to deliver the news to the affected pilots.

The letter says the reexamination is necessary in the “interest of safety” and gives the pilots ten days to contact their local FSDO to start the process. It will be quite a process for some, especially if they got progressively more advanced ratings and endorsements from Puehler. They’ll have to be retested on all of them. But some may get a pass. Depending on the particular rating or endorsement, many of those who went on to take advanced practical exams from other examiners won’t have to be retested. Those who don’t want to go through it all can voluntarily cancel or downgrade their certificates.