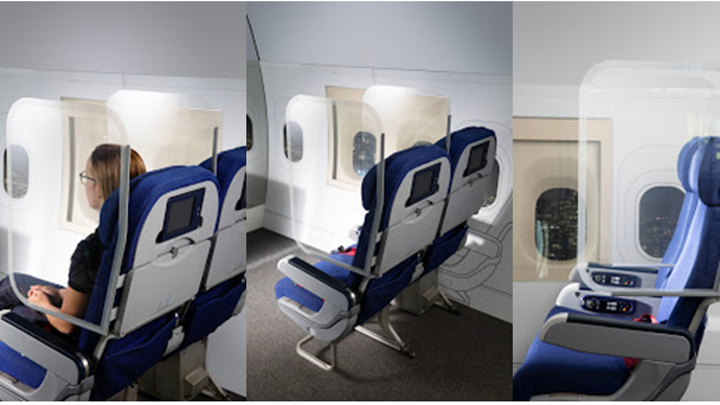 Aircraft manufacturers have agreed that 7-Eleven style Plexiglas barriers won’t work to reduce the spread of germs on airliners and may actually make it worse. The International Air Transport Association hosted an online panel with representatives from Airbus, Boeing and Embraer last week and dividing up the cabin with rigid barriers is a non-starter. “We are not investigating anymore these type of devices, and we are not recommending them anymore to be installed on aircraft,” said Bruno Fargeon, leader of the Airbus Keep Trust in Travel Initiative. Boeing’s engineer on its Confident Travel Initiative agreed, saying it’s a simple idea with a lot of complex effects. “There are a lot of things that have to be considered even when adding something as simple as a shield between seats,” he said.

Putting up the shields would interfere with air movement in the cabin and that might slow down the replacement and filtration of the air. The barriers might also get in the way of passengers reaching for oxygen masks and hinder their evacuation in an emergency. They would also be yet another surface to clean. The companies ran simulations with shields in place and they all reached the conclusion that they’re a bad idea.