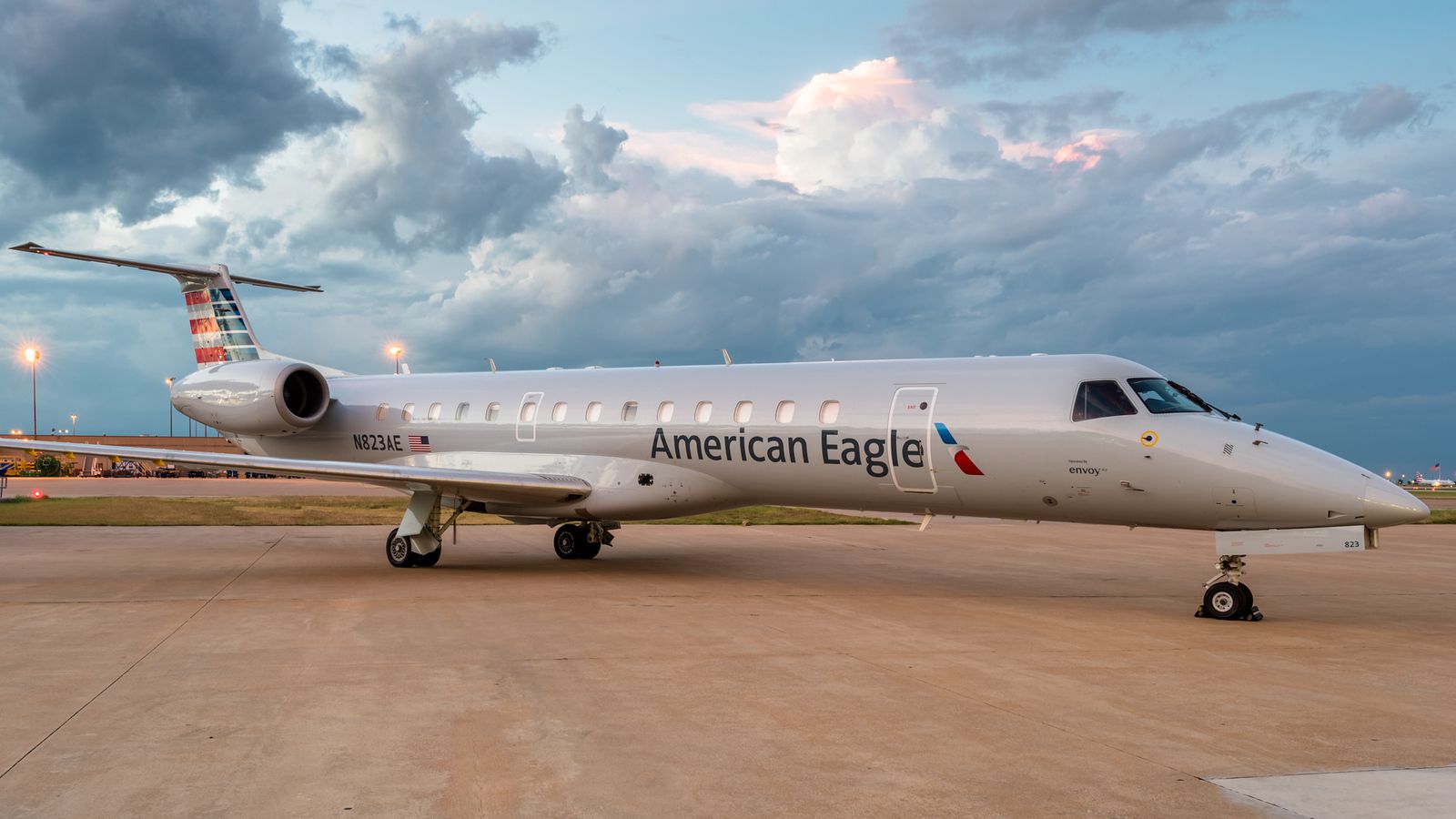 American Airlines is using regional jets owned by its subsidiary Envoy Air to fill in for bigger, thirstier aircraft on many domestic routes. The 58 ERJ-145s and 70 E175s normally feed hubs under the American Eagle brand but the main line has pressed them into service to save money in providing the basic service mandated under its federal COVID-19 relief agreements. “All of the E-175s and E-145s that we parked as a result of COVID-19 [are expected to be] returned to service by June 3,” the company said in a statement.

Although bookings are increasing, many airliners flying the 5 percent or so of the schedules still operating are flying with only 15 to 20 percent occupancy. Using the smaller aircraft makes sense on some routes but not on others because while they cost less overall to fly than larger planes, their seat mile costs are higher. American has only deployed the aircraft flown by its subsidiary. PSA, Piedmont, Republic and SkyWest who also fly under the American Eagle brand will not be put in service on the main line. American owns PSA and Piedmont but Republic and Skywest are contractors.

An earlier version of this story incorrectly stated that PSA and Piedmont are contract carriers for American.