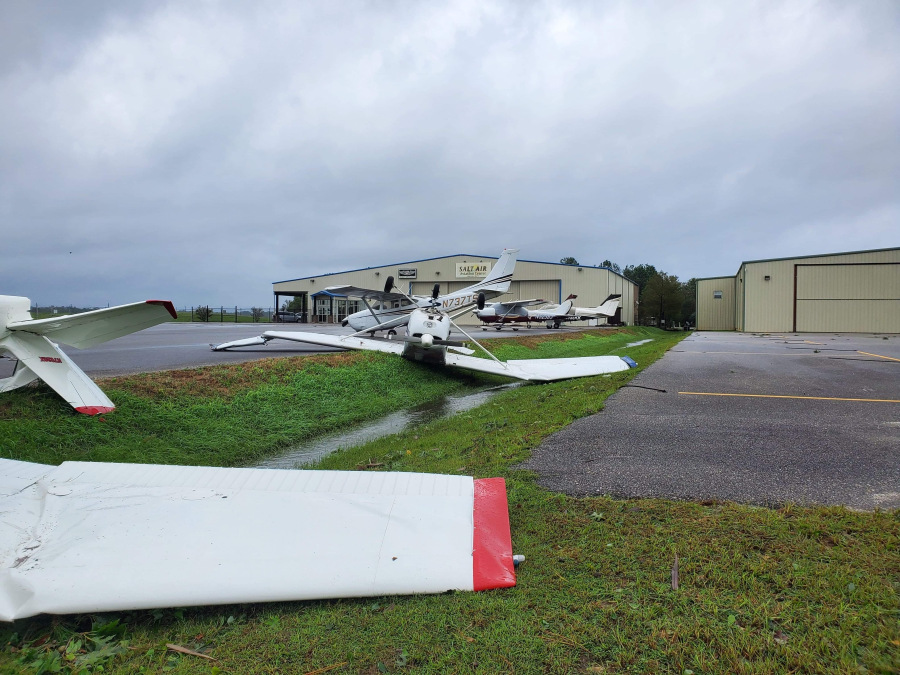 Hurricane Sally disrupted operations and wrecked some airplanes but most of the facilities affected along the Gulf coast and inland in Alabama are open and cleaning up the mess. AOPA found five facilities either closed or with limited operations in the storm’s aftermath but most were back in business by the weekend. The impact stretched from Mississippi to the Florida Panhandle and included Naval Air Station Pensacola, the Navy’s main pilot training base and home of the Blue Angels.

Some of the most visible damage happened at Jack Edwards National Airport in Gulf Shores where the outside tiedown area looked like a demolition derby. Images taken by WKRG showed at least six single-engine aircraft whose tiedowns didn’t hold and most looked like write-offs. Mobile is also home to Continental Aerospace Technologies and Airbus. Other than production delays due to power outages, they seem to have weathered the storm. “We are glad to report that our team is safe, mostly without power, but safe with plenty of debris to clean up,” Continental spokeswoman Andrea Bertagnolli told AVweb. “Power continues to be restored daily but for some people in extreme parts of our neighboring counties it could be weeks.” She said their facilities remain intact.