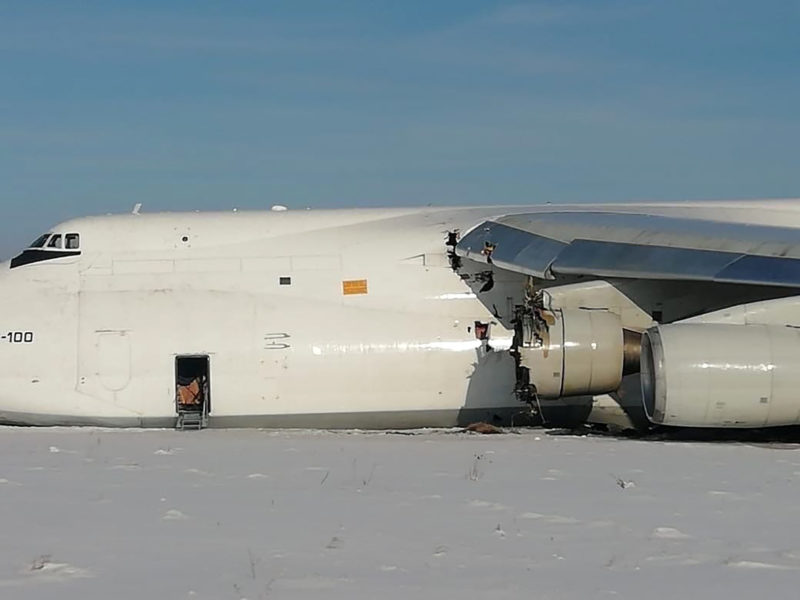 Russia-based airline Volga-Dnepr has grounded its fleet of Antonov An-124s as a result of one of its aircraft experiencing an uncontained engine failure shortly after takeoff earlier this month. Investigations are ongoing with one being conducted by Russian aviation authorities and a second, internal review being conducted by the airline. A timeline has not yet been set for returning Volga-Dnepr’s An-124s to service.

“We want to be proactive and pre-emptive and demonstrate that we are a responsible airline where safety comes first,” said Konstantin Vekshin, Volga-Dnepr chief commercial officer. “We have not received any official notifications or service directives yet, and there are no preliminary conclusions, so we have to suspend the entire AN-124 fleet with immediate effect.”

As previously reported by AVweb, the affected An-124 was able to return to Novosibirsk Tolmachevo Airport, but overran the runway while conducting an emergency landing. Fourteen people were on board the aircraft, which was carrying 84 tons of automotive spare parts. No injuries were reported.