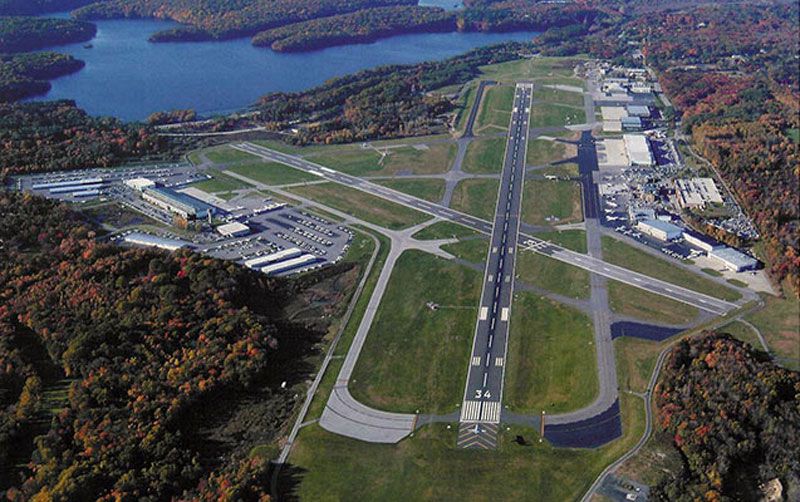 With commercial flights dwindling to nearly none at all, Westchester County, New York, has announced that it will close the once-busy Westchester County Airport effective on Monday. According to a New York Times report, the county will use the closure to complete a long-planned re-paving project of the 6500-foot 16/34 runway. The runway closure will last for about a month. The project had originally been planned to take place at night, but the work will now be done during the day, according to the county.

The airports cross runway—the 4551-foot 11/29—will also be closed, but only for a week while the intersection is being paved. Business aircraft operations at Westchester far outstrip flight activity by the four airlines that serve the airport, so those operators will have to reposition to other airports or suspend operations until 17/35 opens. Commercial flights account for about 14 percent of airport movements at Westchester and the closure will cut off much of the airport’s revenue steam. United, JetBlue Delta and American had operated up to 40 daily flights in and out of Westchester, serving 11 destinations.

Stewart Airport, another reliever located 60 miles north of New York city, has also suffered a sharp downturn in both airline and general aviation operations. It will remain open, according to the Times report.