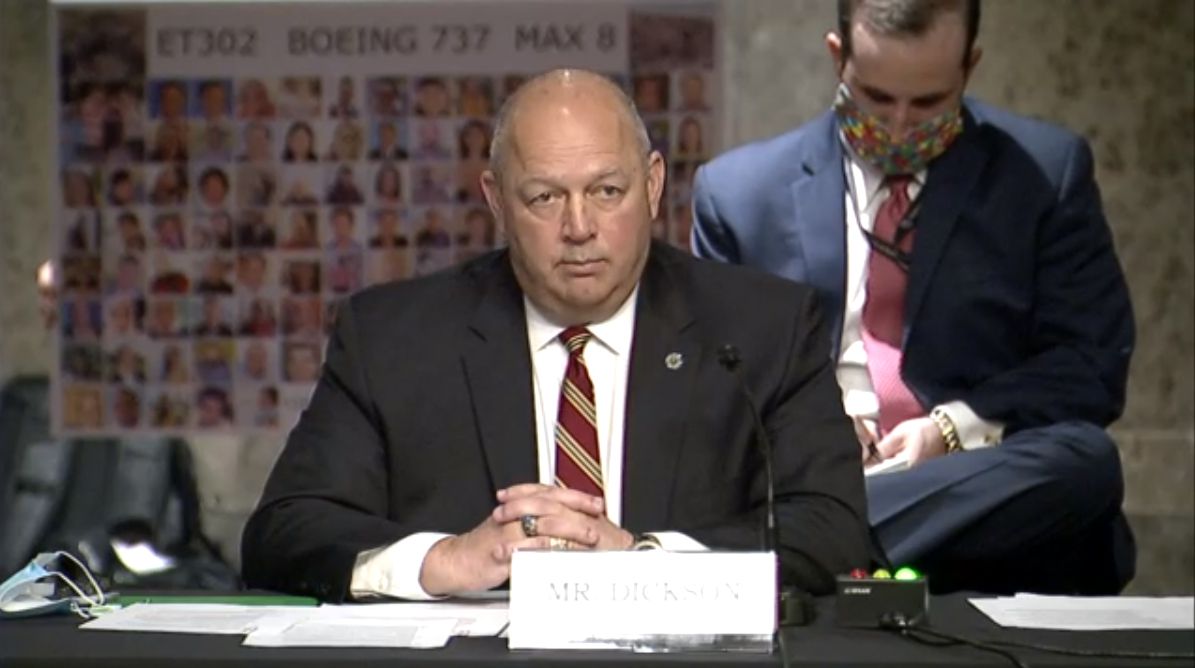 During a Wednesday hearing held by the U.S. Senate Committee on Commerce, Science, and Transportation, FAA Administrator Stephen Dickson acknowledged that the FAA and Boeing both made mistakes in regards to the certification of the Boeing 737 MAX. “The manufacturer made mistakes and the FAA made mistakes in its oversight of the manufacturer,” Dickson said when pressed by Sen. Ted Cruz, R-Texas. The MAX was grounded in March 2019 following the fatal crashes of Lion Air Flight 610 on Oct. 29, 2018, and Ethiopian Airlines Flight 302 on March 10, 2019.

The committee also called on Dickson to account for what senators labeled a “lack of responsiveness” from the agency, citing nonexistent, slow or incomplete responses from the FAA to requests for documents, interviews and meetings. “This record of delay and non-responsiveness clearly shows at best an unwillingness to cooperate in Congressional oversight,” Committee Chairman Roger Wicker, R-Miss., told Dickson. “It is hard not to conclude your team at the FAA has deliberately attempted to keep us in the dark, and by that I mean our investigations staff, our committee, and me. It is hard not to characterize our relationship during this entire process as being adversarial on the part of the FAA.”

Dickson stated that he felt the characterization of the agency as unresponsive was inaccurate, pointing out ongoing investigations and agency responses given on seven of ten items designated by the committee as its most significant requests. The hearing was held to review design, development, certification, and operation issues associated with the MAX.

The complete hearing can be viewed at www.commerce.senate.gov/2020/6/examining-the-federal-aviation-administration-s-oversight-of-aircraft-certification.