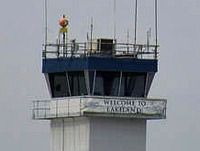 Not every air traffic control tower slated for shutdown will stop operating at once, according to an FAA list posted online by AOPA on Monday. The first group of 24 towers will close on April 7, another 46 on April 21, and 79 on May 5. The Lakeland, Fla., tower will remain open until April 21, giving the Sun ‘n Fun organizers a respite from having to hire their own ATC staff for the event, which runs April 9 to 14. AOPA said the closing dates were based on activity levels, with the towers that handle the fewest commercial operations closing first. FAA spokesperson Laura Brown told AVweb on Tuesday the posted lists are “pre-decisional.” She added, “We should have a final official list in the next day or so.”

The FAA also is reportedly reviewing the possibility of closing towers overnight at 72 airports around the country. Although the sequester budget cuts officially extend only until the end of the federal fiscal year on Sept. 30, it remains unclear whether any of these towers, once they are closed, will reopen. John Leenhouts, CEO of Sun ‘n Fun, told AVweb on Tuesday that plans for the Lakeland tower after next month are uncertain, but he expects it to be fully staffed for Sun ‘n Fun in 2014.