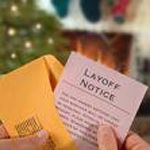 First it was zooming fuel prices, now it’s volatile financial markets, and as the airlines scramble to survive, pilots are finding their work lives in turmoil. Mesa Air Group this week cut 150 pilot jobs, most of them from Delta routes that were operated by Mesa. Meanwhile, as Delta and Northwest work toward a merger, pilots can’t agree on how to merge their seniority lists. In Milwaukee, pilots from Midwest Airlines took to the streets on Wednesday to protest the outsourcing of new jobs flying regional jets to non-union pilots. And in Chicago this week, the union representing United Air Lines pilots was in court, as the airline sought to force union leaders to behave as tensions build over a pilot pay dispute. And pilots for Sun Country Airlines, a regional carrier in the Twin Cities, can expect to see their salaries cut by 50 percent while the airline struggles to survive bankruptcy. The airline’s management has told employees they will be repaid next year.