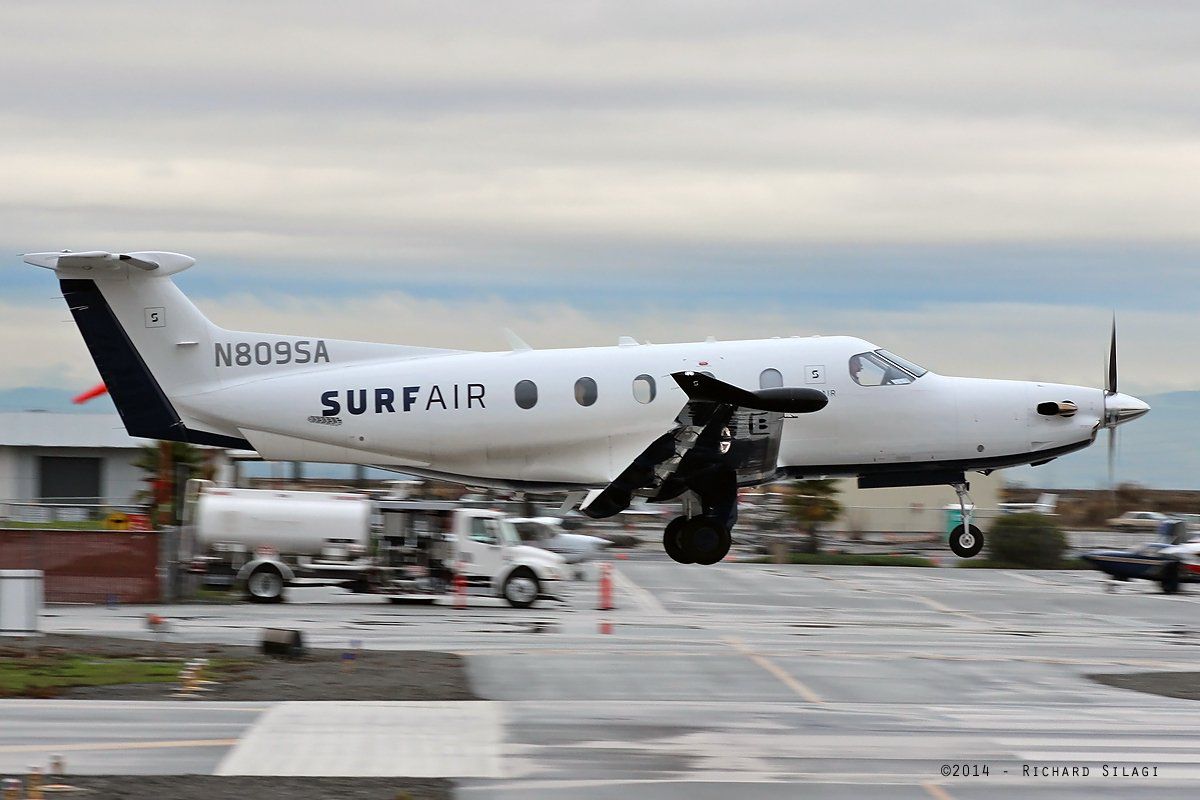 Angered by noise from Pilatus PC-12s operated by Surf Air, residents of San Mateo county have taken a new tack in their fight to shut down the operation. A proposed curfew ordinance, drafted by the San Mateo County Board of Supervisors, would limit any operator to one takeoff and one landing of a “noisy airplane” between 6 p.m. and 9 p.m. and prohibit all operations after 9 p.m. In a thinly veiled attempt to target Surf Air’s PC-12 specifically, the definition of “noisy airplane” is one whose FAA certificated noise level exceeds 74.5 dB. There are several PC-12 configurations, but the quietest one is rated at 74.6 dB. Surf Air has 19 departures from San Carlos on an average day. Five of those flights depart after 6 p.m. If a judge were to decide that the ordinance was specifically targeted at Surf Air that may make it illegal under a federal law prohibiting municipalities from enacting noise ordinances that are “unjustly discriminatory.”

Larry Ellison famously battled the City of San Jose over a curfew that prevented him from landing his Gulfstream V at San Jose International after 11:30 p.m. on the grounds that a restriction based on aircraft weight was “unjustly discriminatory.” He won. The proposed San Carlos ordinance has an exclusion for jet aircraft and helicopters regardless of noise. Mr. Ellison’s flight operations company, Wing and a Prayer, has a prominent hangar on the field housing a smaller jet, which would be exempt from the noise ordinance and free to operate at night. Oracle Corp is the largest employer in San Mateo County with its headquarters located less than a mile from San Carlos Airport. The proposed ordinance also excludes government, medivac, emergency and pilot proficiency operations.