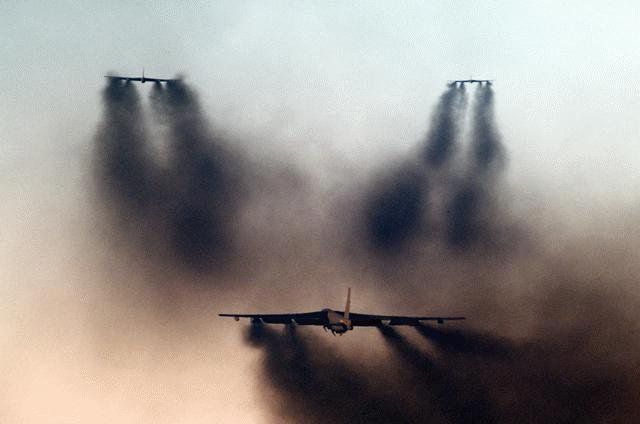 That telltale trail of smoke from the Air Force’s longest serving airframe will soon be a thing of the past but that’s not because the B-52 is going anywhere. A request for proposal will be issued in March to re-engine 76 of the venerable bombers as part of the Air Force’s long-range bombing strategy through the middle of the century. With the new engines, the BUFF will remain in service until at least 2050 when the youngest member of the fleet will be 88 years old. They will fly in tandem with about 100 Northrop Grumman B-21 stealth bombers, which can operate either piloted or autonomously. B-1B Lancers and B-2 Spirit stealth bombers will be phased out by 2035.

The Air Force has rejected an earlier ambitious plan to replace the eight Cold War-era Pratt & Whitney TF33 turbofans on the bomber with four large high-bypass turbofans as too costly and the RFP will specify that the replacement engine fit in the existing nacelles. Rolls-Royce has launched an aggressive campaign to win the future contract by offering the F130 version of its BR725 turbofan, which it builds in Indianapolis for the Gulfstream G650 business jet. Like the old Pratts, the Rolls engine puts out 17,000 pounds of thrust but it uses a lot less fuel and requires less maintenance than the legacy powerplants. GE is offering its CF34-10 engine used in regional jets and Pratt & Whitney has proposed modernizing the existing design. The bombers will also get new avionics, radar and weapons systems.