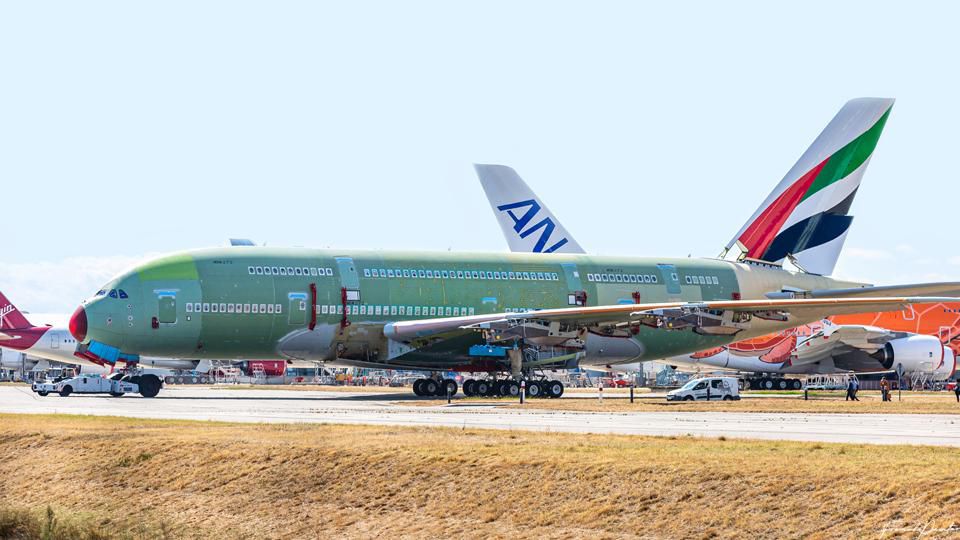 The last A380 has rolled off the assembly line in Toulouse, France, ending the production run at just 242 aircraft. When production began in 2006, Airbus estimated demand at 1200 aircraft but the Super Jumbo was quickly eclipsed by long-range twins that could carry almost as many passengers at much lower cost. The current collapse of the airline industry has grounded most of the fleet and two of the earliest aircraft launched by Singapore Airlines have already been scrapped.

The last A380 is owned by Emirates but there is some question whether it will enter service for the airline. Emirates operates more than half the fleet and has already set 2035 as the end of service date for the type. Since there is virtually no secondhand market for the aircraft, it appears most will head for scrap. The last A380 still has plenty of work left on it. It needs engines, an interior and an Emirates paint job before it is sent to the owner.