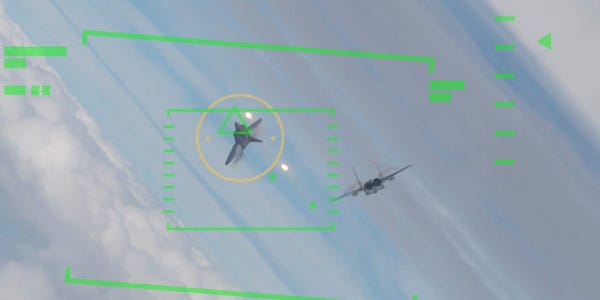 An artificial intelligence algorithm beat an “experienced” F-16 pilot in five straight simulated dogfights in a project designed by the Defense Advanced Research Projects Agency on Aug. 20. The pilot was up against an AI system named Heron and the two duked it out in a Second World War-style forward firing gun battle. The human didn’t score a single hit. Heron, which was developed by Heron Systems, competed against five other AI algorithms for the right to fight the human in a computer simulation and the result of the final battle neither surprised nor concerned observers.

While significant, the milestone is an early one in DARPA’s goal to develop a machine-learning enhancement to human performance with the ultimate goal of “a future in which AI handles the split-second maneuvering during within-visual-range dogfights, keeping pilots safer and more effective as they orchestrate large numbers of unmanned systems into a web of overwhelming combat effects.” It’s also not the only AI/human research being undertaken by the military. As we reported earlier, a human pilot in a fighter is expected to go up against an AI-controlled drone in 2021 although it’s not clear what aircraft will be used.