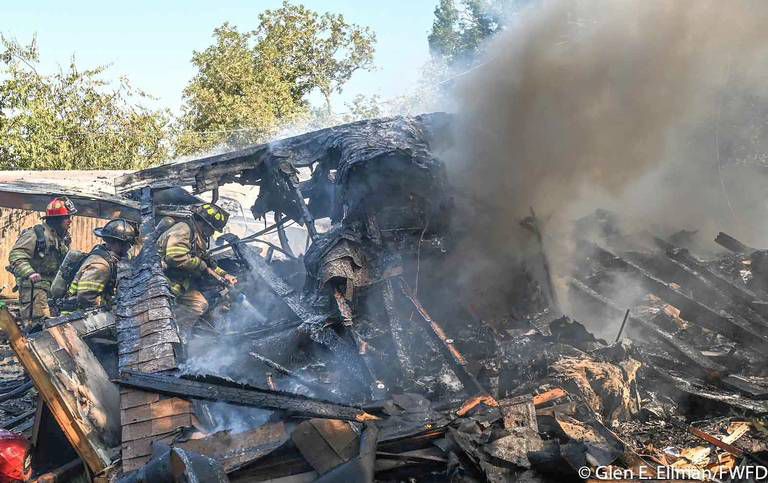 Authorities responded Sunday morning to the crash of a Navy T-45 Goshawk in a residential neighborhood of Lake Worth, Texas. The Fort Worth Fire Department said three houses were damaged but there were no injuries on the ground. The aircraft apparently came down in the backyards of the houses and the damage came from flying debris. The pilots, an instructor and a student, ejected. One pilot was found hanging from power lines and another was found “in the neighborhood” according to police officials. Both were sent to a local hospital, but the nature of their injuries has not been released.

“This incident could’ve been much worse knowing that this plane went down in a residential area here in Lake Worth,” Fire Chief Ryan Arthur said. The fire department also said the aircraft was on a training mission at the time of the crash, which occurred at 10:53 a.m. local time. The training flight originated at Corpus Christi Airport.