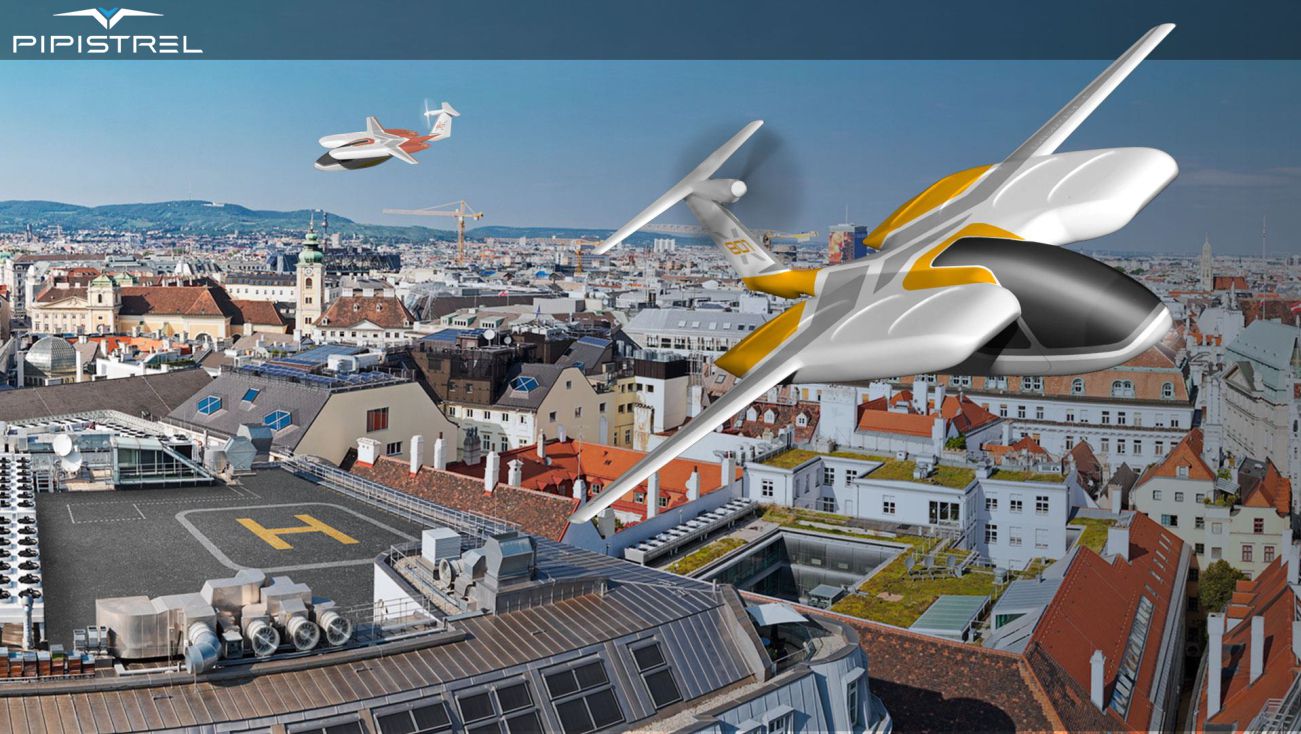 Slovenia-based Pipistrel Vertical Solutions threw its hat into the eVTOL ring Tuesday by revealing a multi-fan electric airplane with vertical takeoff and landing capability. At Uber’s Elevate Summit in Washington, D.C., Pipistrel unveiled the so-called 801 as a five-occupant winged aircraft capable of a 60-mile range at 175 MPH or more.

The 801 has four shrouded fans mounted in the bottom of two low-aspect ratio wing structures with a conventional wing outboard of that, with a single propulsive unit for forward thrust. (The 8 refers to the fans, the 1 the horizontal propulsor and 0 for no tilt rotors.) The fly-by-wire control system will be provided by Honeywell and at his Elevate presentation, Pipistrel’s Tine Tomazic said the company wants the vehicle to be autonomous ready right out of the box. The control system also integrates sense-and-avoid technology.

In this exclusive podcast recorded by AVweb at Pipistrel’s Slovenia headquarters, Tomazic offers additional details. During our visit, Pipistrel said it has been flying various size vehicles to prove the design, but the company declined to provide any details. “Noise will make or break an eVTOL system,” Tomazic said and to prove the 801’s low noise signature, he played for the audience a recording made 100 feet from a test vehicle. To our ear, it has the frequency of an Indy car, but with volume dramatically subdued.

During our visit to Slovenia, Pipistrel said it pursued a winged design rather than a multi-rotor because lifting surfaces reduce power consumption and allow higher speeds and more range. After takeoff, the rotors are enclosed in retractable doors to reduce drag. The company says the 801 can land and take off vertically, but if necessary, it can also land on a runway like a conventional aircraft and can manage vertical flight with six of the eight fans. “It’s not only quiet. It’s very fast,” Tomazic said. “You are in for a sporty ride,” he added.

Pipistrel is best known for its line of single-engine light aircraft, including the Alpha Electro trainer, the only commercially available electric aircraft for the trainer role. To cement its role in the eVTOL market, the company recently rebranded itself with a new sister company called Pipistrel Vertical Solutions. The original Pipistrel Aircraft continues to produce fixed-wing airplanes. It has a factory in Ajdovščina, Slovenia, and immediately across the border in Gorizia, Italy. AVweb will have a video on that factory in a future issue. Pipistrel is one of five companies partnered with Uber Elevate to produce eVTOL designs. But Uber is not providing investment capital for the project.