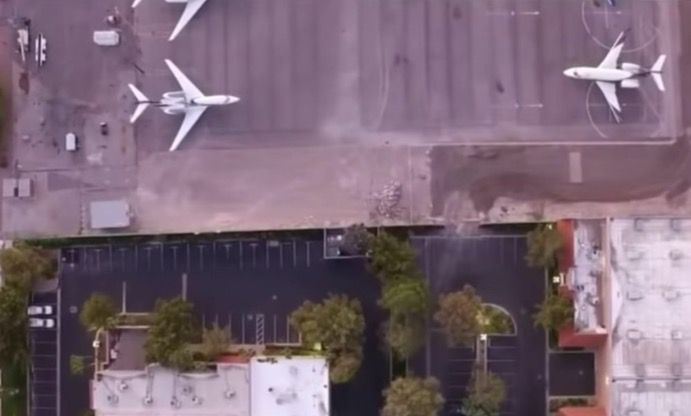 A California man says he thinks the $20,000 in fines and fees he’s been assessed are unfair after his runaway drone landed next to an active runway at Las Vegas’s McCarran International Airport during a visit by President Donald Trump. In fact, in the caption accompanying the video he posted to YouTube of the flight from the Las Vegas Strip to McCarran, he suggests the Secret Service took control of the drone. “Drone was intercepted by secret service. Even after showing it was a system failure i was still fined 15,000!!!” he wrote. With late fees accruing from the FAA violation notice the total is now about $20,000 and Rueben Burciaga has not yet heard from the Secret Service.

The incident unfolded June 23, 2018, when Burciaga decided to create a video memento of his Vegas vacation with his DJI Phantom 3. He launched the drone from a parking structure within the five-mile airport exclusion zone and headed it for the Linq observation wheel that dominates the south end of the Strip. He said about 10 minutes into the flight, he lost control of the drone and the next time he saw it was when the FAA sent it back to him about 10 months later along with a letter laying out at least nine violations and the assessment of a $14,700 fine. The drone still had its memory card so Burciaga posted the video from the 18-minute flight to YouTube. The McCarran overflight starts about 14 minutes in.

Las Vegas media got hold of Burciaga last week and he admitted to some mistakes, adding he thought a fine of $1,000 to $3,000 was fair. FAA spokesman Ian Gregor told KVVU-TV that Burciaga could have appealed the fine but didn’t. He also said that given the extraordinary circumstances, the fine was justified. “This is really a very serious incident which is why we imposed such a large fine,” he told the station. “In this situation, the pilot committed to a litany of serious violations and really flew the drone carelessly and recklessly.”