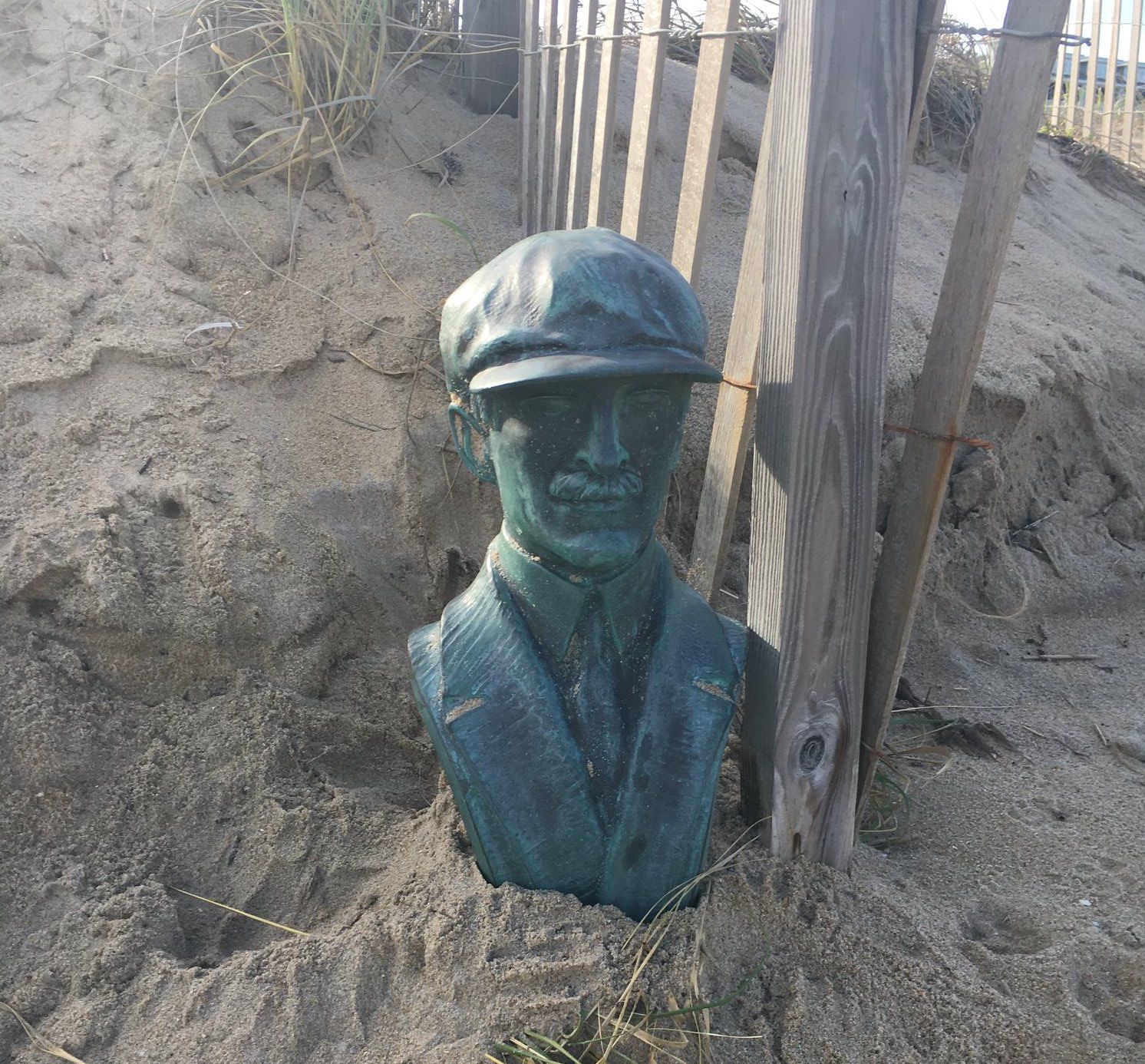 The earthly manifestation of Orville Wright, a copper bust, has been found less than a week after it was broken off its granite base at the Wright Brothers National Memorial. Given the history, it’s conceivable the real Orville might have been more comfortable “tucked” into the dunes of Kill Devil Hills where the bust was found by a hiker on Friday. The apparently undamaged bust is now presumably on its way back to the plinth it normally occupies at the monument overlooking the windy sandscape where he and brother Wilbur conducted the tests that led to the generally accepted first controlled and powered flight.

As we reported last week, the bust was busted off its base sometime between Oct. 12 and Oct.15. Wilbur was left to survey the historic site unscathed. Although Orville seems to be ready to return to his endless duty on the granite, the National Parks Service (NPS) is not ready to simply welcome him home. “While we are pleased that the bust of Orville Wright has been found, we are fully investigating this incident in order to determine who stole the bust and caused damage to its granite mounting base,” said National Parks of Eastern North Carolina Superintendent David Hallac in a Facebook post. It’s not the first time Orville has gone missing. The stolen bust is actually a reproduction of the original sculpture, which was stolen and recovered twice before the copy was put in place.