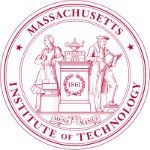 An MIT student’s grad school thesis, which relied in part on information gathered from AVweb readers, confirms that cost is a major factor in the decline of general aviation activity. It has also revealed something that hasn’t shown up in other studies but may be related to economics. In her research, Kamala Shetty, who wrote the thesis as part of her quest for a Masters of Science in Aeronautics and Astronautics at MIT’s International Center for Air Transportation, found that people feel they don’t have the time to fly. “An interesting result of the survey that was not clearly evident in the data indicated that available free time has also been a major factor in affecting activity levels,” Shetty wrote in the thesis. AVweb facilitated the study, which was done under the supervision of Prof. R. John Hansman, by inviting readers to take part in a survey of flight activity and related issues. More than 1,250 AVweb subscribers took part.

The survey also asked our readers to crystal-ball general aviation and their responses hit some familiar themes. “In the responses of the surveyed pilots, increasing costs, increased regulation, lack of public understanding of the role of general aviation, and the declining pilot population stand out as the biggest challenges that general aviation faces,” the thesis concludes. Readers also said they’d like less cumbersome regulations, better availability of rental aircraft and lower costs. Fuel costs, in particular, figured as a major factor affecting flight activity and almost 80 percent of pilots said they’d quit flying if fuel prices hit $8 a gallon, which is less than the price of avgas in many countries with active general aviation.