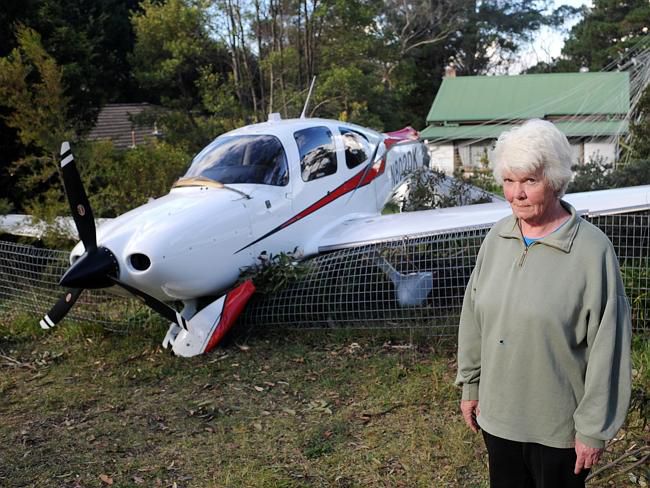 An “over-confident” salesman intentionally put a Cirrus SR22 into an aggravated stall before he lost control of the airplane and had to pull the parachute handle, according to an Australian Transport Safety Bureau report (PDF) released this week. The salesman, also a flight instructor, told investigators he routinely flew a similar flight profile to demonstrate the aerodynamic and electronic safeguards built into the aircraft to prevent an out-of-control spin. On May 10 of this year, the aircraft beat all those systems and ended up in an unrecoverable spin. The chute deployed with about 2,000 feet to spare. The aircraft landed in a flat attitude in the back garden of rural home, with a rattled salesman and two apparently less-than-impressed sales prospects able to walk away uninjured. The Cirrus POH clearly warns that the aircraft is not certified for spins and the only approved recovery is pulling the chute. The salesman said he’d done the same sort of demo at least 30 and as many as 50 times in the previous six months and thus may have been over-confident in a successful recovery.

The salesman had already flown with the left-seat passenger the day before and the ATSB said the prospect had expressed concerns about the stall-spin characteristics of the aircraft. After reaching about 6,000 feet MSL, the salesman had the prospective buyer try a wings-level stall from which he recovered normally. Then, the salesman said, ‘Watch this,'” according to the report. “He selected 50 percent flap, rolled theaircraft into a left turn at about 25 degree angle of bank, reduced the power to idle, and raised the noseof the aircraft,” the report says. “As the aircraft approached the stall, the [salesman] pointed to the vertical speed indicator. Ashe did this, the right wing dropped rapidly and the aircraft entered a spin to the right.” The instructor said he tried his normal recovery routine but the aircraft continued through three rotations before he said “I’m sorry” and pulled the chute. The salesman has since promised never to try those maneuvers again and to properly brief his passengers. That was the extent of the safety action called for by the ATSB.