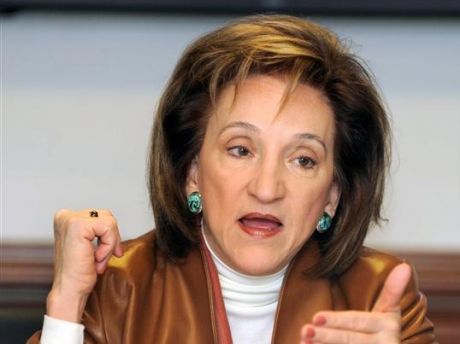 Former FAA Administrator Marion Blakey has been awarded one of aviation’s most prestigious prizes. Blakey is the 2013 Wright Trophy winner, bestowed annually by the National Aeronautic Association to a living American who has given…significant public service of enduring value to aviation in the United States. Since ending her five-year term as FAA administrator in 2007, Blakey has been the president of the Aerospace Industries Association, a Washington group that represents defense and aerospace industry companies. NAA cites her push to bring satellite navigation to the air traffic control system through Next Gen as one of her principal contributions. Her career, particularly at the FAA, saw its share of controversy, however.

Blakey will be remembered in GA circles for her attempts to introduce user fees, an issue that persists for GA advocates today. Blakey was also at odds with the FAA’s air traffic controllers for much of her time there. Prior to her appointment as FAA administrator, Blakey was chairman of the National Transportation Safety Board. She had six presidential appointments, four of which required Senate confirmation. The long list of recipients of this most historic award reflects the diversity of leadership of our nations aviation and aerospace industry, said Jonathan Gaffney, president and CEO of NAA and chairman of the selection committee.