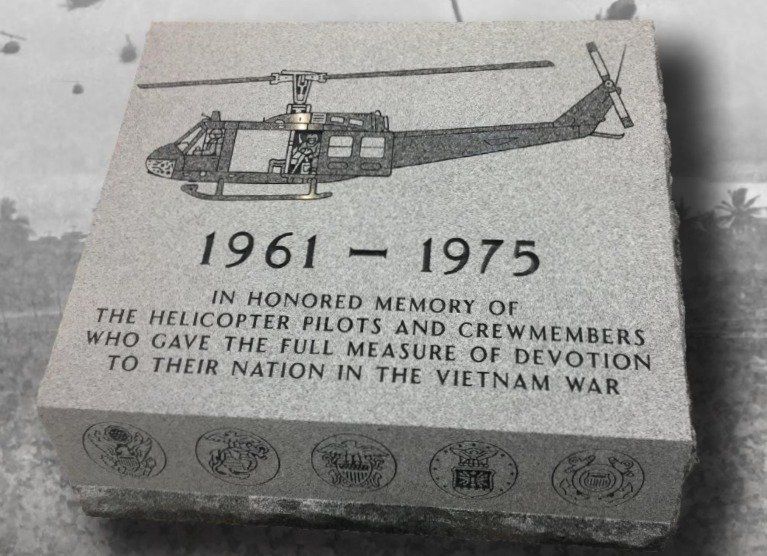 A monument to the helicopter pilots and crews who served in Vietnam will be installed at Arlington National Cemetery on April 18, and all are invited to attend the dedication ceremony, the Vietnam Helicopter Pilots Association has announced. The group worked for several years to raise money for the monument’s design, construction and installation. The cemetery administration at first was hesitant to approve the request for a site at Arlington, according to the Army Times, because space is scarce within the cemetery. Supporters of the monument wrote to members of Congress and successfully lobbied for the approval. Nearly 5,000 helicopter pilots and crew were killed during the Vietnam War.

The installation ceremony will be held at 4 p.m., at the cemetery’s amphitheater, directly behind the Tomb of the Unknown Soldier. At 4:50, flowers and a wreath will be laid at the monument, which is sited nearby. Visitors are welcome to bring their own wreath or flowers to leave at the memorial. No tickets are required to attend. A combat-equipped UH-1, provided by the VHPA North Carolina chapter, will be on display at the cemetery during the event.