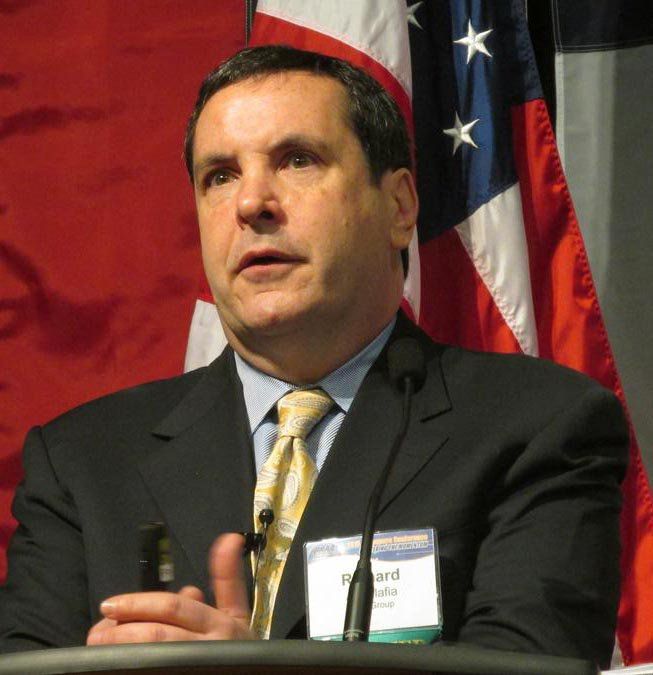 As GAMA released another disappointing aircraft production report this week, the Teal Group’s Richard Aboulafia recently told the National Air Transportation Association that market data suggests next year won’t be much better. And although Teal says it’s “cautiously confident” that things won’t get worse, Aboulafia told us in this AVweb podcast that we’re far from the disastrous days of 2009.

“We’re not in freefall. This may be a disappointment. We’re not in a 2009 situation,” Aboulafia told us. Nonetheless, for the near term through the 2020 time frame, there are no market trends that suggest a strong uptick. “No one wants to use the phrase the ‘new normal,” but it sure looks like the new normal to me,” Aboulafia says. “It looks as if the recovery doesn’t seem to be gaining momentum. We’ve actually lost a little ground over the past couple of years,” he adds.

Teal’s data paints a complex explanation for the decline and although there’s a connection between world GDP and aircraft demand, the curve isn’t a perfect fit. After the crash of 2008, world GDP recovered tepidly with an uptick curve, but aircraft deliveries flattened. Aboulafia described what he calls the “great bifurcation” in 2008, where the top half of the business aircraft market—both in size of aircraft and cost—grew sharply while the lower end plummeted even more dramatically.

“And the growth that we’ve seen in the so-called recovery was all at the top end. And that’s where we’re seeing some damage now, primarily due to low oil prices, weak emerging markets and an unfortunately changing business culture in China,” Aboulafia says.

Another less obvious business cultural change shown by Aboulafia’s data is sharply reduced aircraft utilization. On a per aircraft basis, it’s 11 percent from a high in 2007 and the recovery curve since then has been a shallow climb. “There seems to be some sort of shift underway in how business aircraft are appreciated and used. That’s not good for utilization,” Aboulafia says.

One way manufacturers have responded to this is ever larger aircraft. The three top producers, Gulfstream, Dassualt and Bombardier, are proposing yet larger, wider cabin airplanes. Cessna recently introduced its largest cabin, the Citation Hemisphere. “I think they’re thinking, ‘If we can’t sell in units, we can in dollars,'” says Aboulafia.

This has implications for FBOs and MROs and aftermarket businesses modeled on high volume. The market, says Aboulafia, is currently going in the opposite direction. See a further analysis of Teal’s data in today’s AVweb blog.