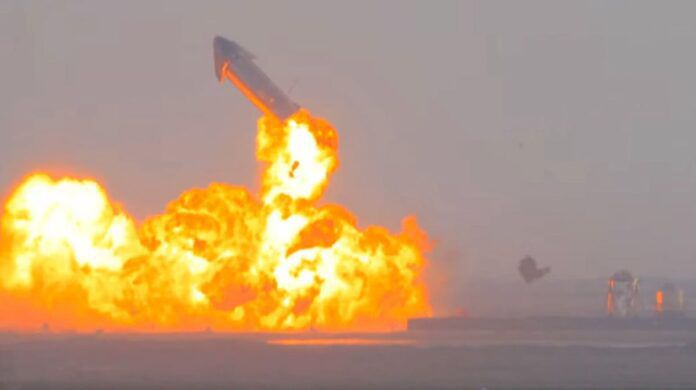 Elon Musk’s casual, even celebratory attitude toward the spectacular explosions that destroyed earlier tests of his Starship launch system may have come back to bite him. NASA says it won’t allow launches of the massive rocket from SpaceX’s pad at Cape Canaveral because it could endanger launches to the International Space Station. The pad in question is next to Pad 39A, which is the only facility approved to launch crewed missions by SpaceX to the ISS.  SpaceX has been working frenetically on the Cape facility as a backup to its Boca Chica, Texas, headquarters because permit delays at the Texas site have stalled the program. But NASA is having none of it. ”We all recognize that if you had an early failure like we did on one of the early SpaceX flights, it would be pretty devastating to 39A,” Kathy Lueders, NASA’s space operations chief, told Reuters. SpaceX has offered to make Pad 39A more explosion proof but so far NASA isn’t budging.

SpaceX has blown up three Starship rockets and has always maintained that’s part of its test philosophy. Musk has had dismissive and even flippant social media reactions to the failures, but it would appear the fault in the logic is that it only works if there is nothing to wreck around it. SpaceX was rushing the second Cape pad construction because a regulatory review at the Texas site has been dragging on. The FAA approved the company’s environmental assessment earlier this week but there are 75 conditions attached.