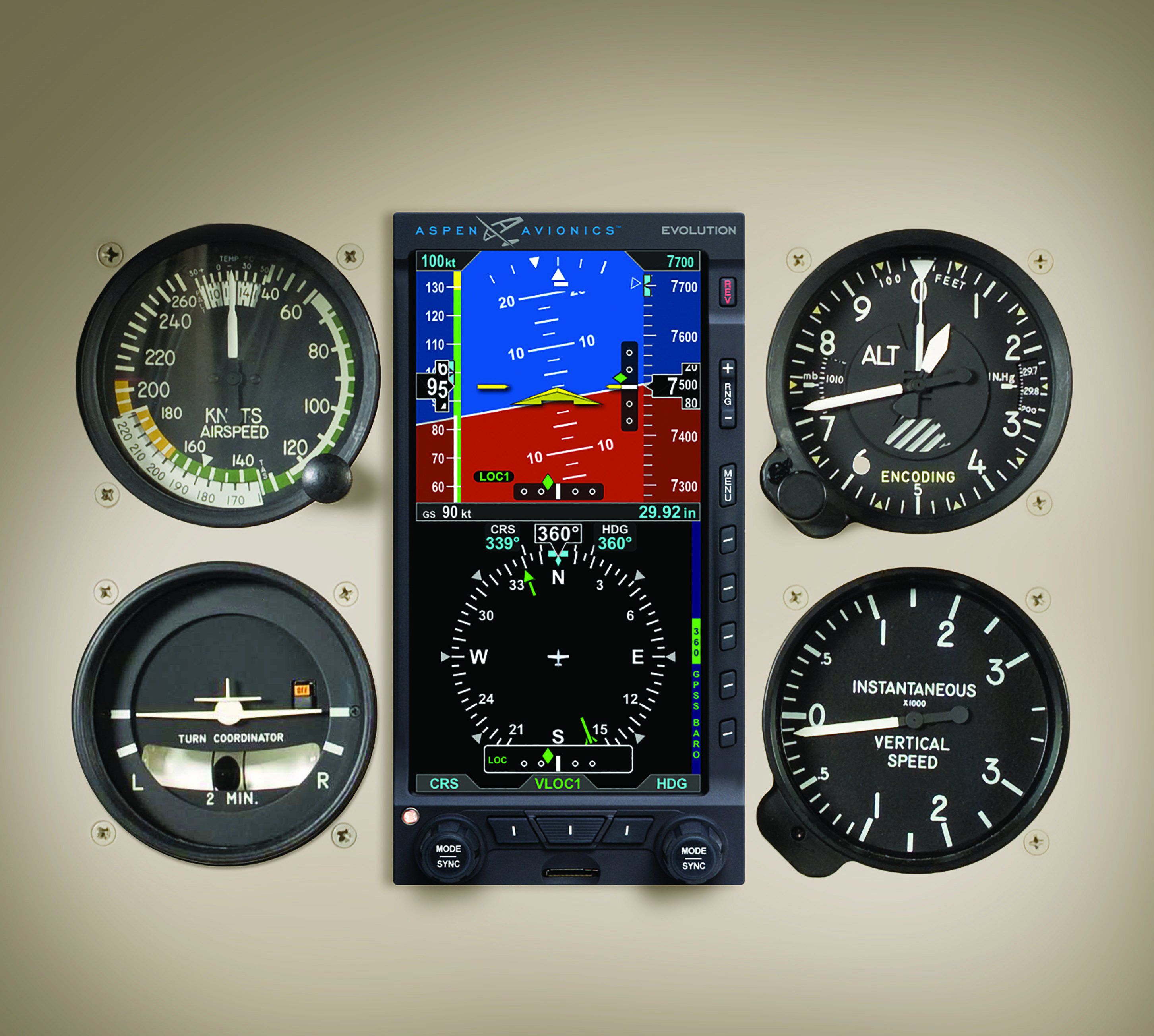 Previously announced at the 2018 Aircraft Electronics Association convention last April, Albuquerque, New Mexico-based Aspen Avionics has received AML-STC approval (blanketing over 300 aircraft models) for its budget-priced E5 EFI. The latest Evolution E5 EFI trickles down from the company’s successful TSO-certified 1000-series PFD and is designed to fit in the center of standard six-pack-configured instrument panels. While the instrument doesn’t have a TSO, it can be used as the primary attitude and directional instrument when it is installed per the STC. One of the key features is the E5 doesn’t require a backup attitude indicator, plus it has a rechargeable backup battery that keeps it running during an aircraft electrical system failure. Moreover, the STC manual prescribes a path for removing the aircraft’s vacuum system. The E5’s STC doesn’t, however, allow for removing the airspeed, altimeter and turn coordinator instruments.

The Aspen E5 has integral GPSS roll steering and is compatible with some third-party legacy autopilots and also the new TruTrak Vizion autopilot. On the surface the E5 may look like the retrofit EFIS Aspen has offered for years, but it’s been redesigned with a bolder and brighter color display and with a faster processor. The E5 has a 6.0-inch diagonal, 400- by 760-pixel TFT active matrix LCD display and a rear chassis that slides into traditional full-size instrument cutouts. These are the instrument holes that are occupied by standard round-gauge AI and DG instruments. Like the other Aspen displays, the E5 is a single-unit installation that consolidates attitude and directional/CDI functionality on one display.

The E5 is worthy for IFR flight because it has a glideslope and localizer display and can be interfaced with third-party navs and GPS systems. Aspen said the E5 was designed for an easy upgrade path to the company’s higher-end TSO-approved Evolution 1000 Pro MAX PFD.

Aspen says it has a significant order log for the E5, but can’t ship the product until it receives PMA (parts manufacturing approval), which is expected soon.

For more on the E5 and the other Aspen products, visit www.aspenavionics.com, plus look for a full review of the E5 in an upcoming issue of sister publication Aviation Consumer magazine.