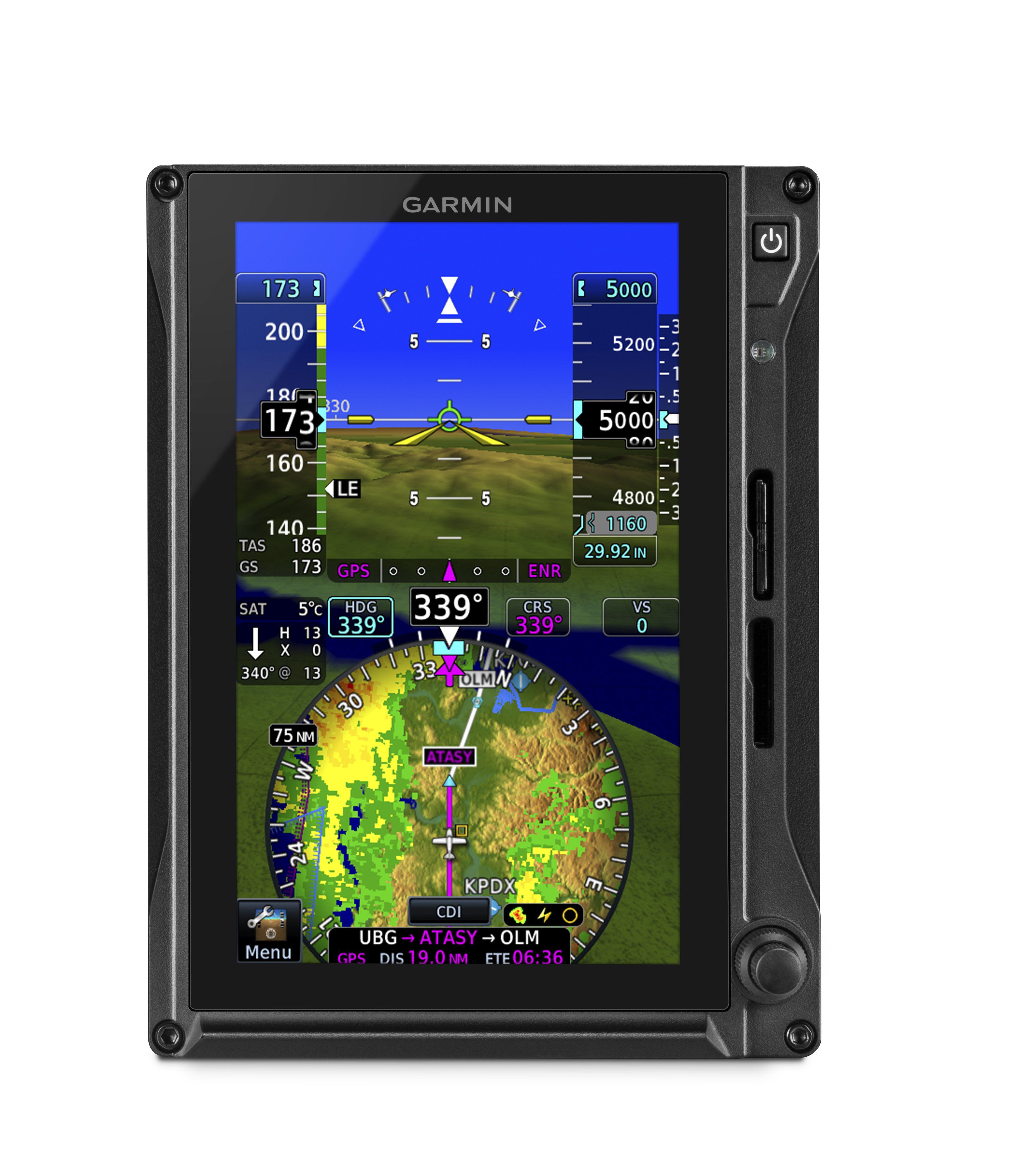 After nearly a nine-year production run, Garmin announced a replacement for the G600/G500 retrofit flight display systems and it’s called the TXi series. The TXi line includes the G500 TXi, the G600 TXi and the G700 TXi, the latter of which is intended for Part 23 and Part 25 aircraft. The touchscreen TXi systems (which also have function knobs for users not sold on a total touch interface) are available in three display configurations, including two versions of 7-inch displays in portrait and landscape orientation. The systems have internal backup GPS capability and can be paired with an optional PFD control head for adjusting the heading bug, baro setting and altitude bug separate from the display, to name a few functions.

The 10.6-inch big-screen version can operate as a PFD, MFD and also integrated as an optional engine instrumentation system, or EIS. The EIS—for both Lycoming and Continental four- and six-cylinder engines—can operate with new Garmin engine sensors or utilize some existing third-party sensors in aircraft already equipped with aftermarket engine monitors. Additionally, the 7-inch TXi display can be used as a dedicated and standalone engine monitor screen.

When the EIS TXi is paired with a GTN 650/750 and Flight Stream 510, the Garmin Connext wireless data hub automatically downloads engine and flight information to the Garmin Pilot app on an Apple tablet or smartphone. Like the G600 system it replaces, the G600 TXi has Garmin SVT synthetic vision software as standard, but it’s optional on the G500 TXi. All systems support a wide variety of Garmin weather and traffic detection systems, including ADS-B, ship’s weather radar and SiriusXM datalink. The displays are also compatible with terrain avoidance functionality and TCAS and TAS active traffic alerting, including Garmin’s TargetTrend and TerminalTraffic technology.

The TXi displays can be configured with integrated AHRS and an air data computer that can mount to the rear of the display. This can substantially save installation effort. Moreover, the TXi displays are compatible with most of the wiring that exists with the older G600 and G500 systems. Garmin is also offering a trade-in allowance for the older systems.

The first interface of its kind, there’s no need for backup flight instruments when multiple TXi displays are installed with an optional backup standby battery.Much like the G500 it replaces, the G500 TXi is intended for Part 23 Class I/II aircraft that weigh under 6000 pounds, while the G600 TXi is for Class III aircraft weighing up to 12,500 pounds. Garmin says the new TXi systems—which are ground-up, redesigned displays that have similar styling to the GTN-series navigators (and share similar operating logic)—will have a broad AML-STC (over 600 models, Garmin says) that’s expected to be finalized by the end of 2017.

The entry-level G500 TXi with 7-inch display starts at $11,995, while the 10.6-inch version is $15,995. The ESI engine display system is $4995. The G600 TXi with 7-inch display is $18,995 and $24,995 with the 10.6-inch display. A standalone EIS engine display system for twin-engine, six-cylinder piston aircraft starts at $17,995. Pricing for the G700 TXi—which can support the highest tier Level A certification software (making it a player in commercial and transport aviation applications—will be announced at a later date.