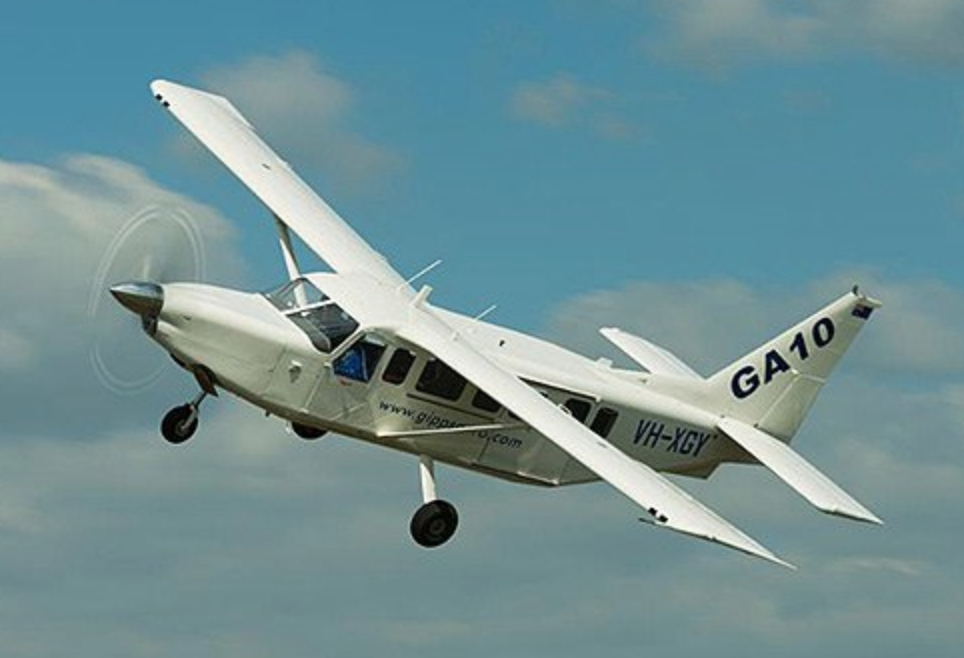 A GippsAero GA10 turbo Airvan was destroyed after a test flight on Monday when it crashed in the Mojave Desert, in southern California. Both pilots on board bailed out at about 5,000 feet AGL and landed safely under parachutes, according to news reports. Earle Boyter, a spokesperson for Mahindra Aerospace, the parent company of GippsAero, told AVwebhe couldn’t confirm any details about what went wrong. “This is in the early stages of an ongoing investigation, so no more details are available at this time,” he said. Although the GA10 is a certified airplane, the aircraft that the crew was flying was an experimental, Boyter said. “It was being flown in various configurations to expand the envelope,” he said.

The airplane had taken off from Mojave Air & Space Port and crashed about 15 miles west of Edwards Air Force Base. It was owned by GippsAero, which is based in Australia. Boyter said Mahindra will be working with the NTSB and the FAA in their investigation to determine exactly what happened.