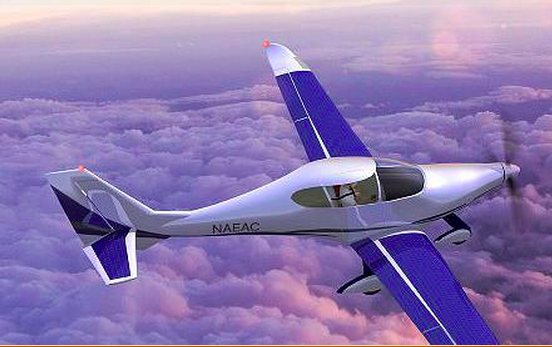 The two-seat electric-powered airplane now in development by the Aero Electric Aircraft Corp. will have a flight duration up to three hours, CEO George Bye said at EAA AirVenture this week. The airplane will be certified under Part 21, the FAA’s rules for primary aircraft, which are limited to VFR flying (day and night) and a maximum weight of about 2,700 pounds (light sport aircraft are limited to 1,320 pounds). That higher weight limit, plus a lightweight carbon structure, enables the aircraft to carry up to five batteries, which provide a flight time of almost three hours, Bye said. A prototype is under construction now, and Bye said he hopes to be able to start flying the airplane by the end of this year. Bye told AVweb he is confident that his company has “a pathway” with the FAA to certify the new airplane.

The introductory price for the airplane is $200,000, Bye said, and the hourly operating costs will be much less than for a comparable internal-combustion aircraft, at about $7 per hour including power costs plus reserves for batteries and other expenses. The development and certification process for the airplane is likely to be at least two years, but will probably be longer, Bye said. “Given the challenges, and chaos happens … maybe two to three years, something in that area,” he said. Bye added that he and his partners in the company are excited about the project’s potential. “We want to be a part of revitalizing aviation,” he said.

Click here for our podcast interview with Bye at AirVenture.